Woody Allen’s next film gets a title, first photos

(Relaxnews) – Two promotional images have been released for the film shot in the South of France by the 77-year-old director earlier this year. The feature now also has an official title: “Magic in the Moonlight.”

The film marks Woody Allen’s return to France after “Midnight in Paris” (2011). Emma Stone and Colin Firth will headline the prolific filmmaker’s eighth film set in Europe. While plot details have been kept under wraps until now, the period costumes and vintage cars in the stills suggest that the action will be set in the years following World War I.

The cast of “Magic in the Moonlight” also features Marcia Gay Hadren, Jacki Weaver and Eileen Atkins. The film is slated for worldwide release before summer 2014 after premiering at a prestigious international film festival, such as Berlin in February or Cannes in May.

For the time being, Woody Allen is basking in the success of “Blue Jasmine.” The comedy drama, starring Cate Blanchett and Sally Hawkins, has been warmly received by critics and moviegoers alike. 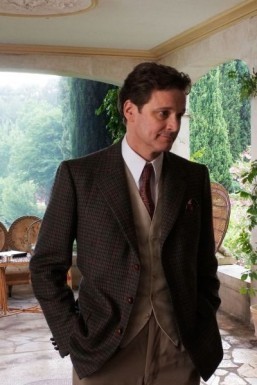