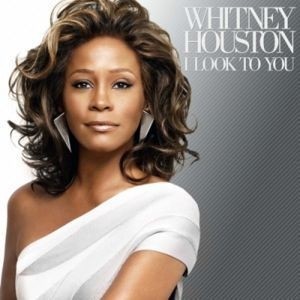 'I Look to You', Whitney Houston's last released album. ©All rights reserved

With a ferociously powerful voice and a dazzling range, Houston dominated the US music scene in the 1980s and 1990s as a pop-soul singer known as “the Voice” and the “Queen of Pop.” She also appeared in hit movies like “Waiting to Exhale” and “The Bodyguard.”

From a musical family that included mother Cissy Houston, a gospel star, and Dionne Warwick, her cousin, Whitney Houston started out as a teen model and then made a dazzling segue to music.

Her hits included “How Will I Know,” “Saving all My Love for You,” and “I Will Always Love You.”

She also struggled with substance abuse, which took a toll on her health and career.

Houston has sold more than 170 million records worldwide but suffered a major career setback after admitting drug use during an abusive relationship with ex-husband Bobby Brown.

Brown was one of the hottest rhythm and blues singers in the late 1980s and early 90s, but became better known as the husband of Houston and for his frequent brushes with drugs and the law.

The pair, who were divorced in 2007, starred in a television reality series, “Being Bobby Brown,” that featured their marriage, warts and all. They have a daughter Bobbi Kristina.

Brown was detained in Atlanta in 1993 for lewd conduct and for brawling in 1995. He was arrested for drunk driving in 1996 and for alleged battery of Houston in late 2003.

Where to get your fear on for Halloween