When it comes to televised sports, women prefer the Olympics 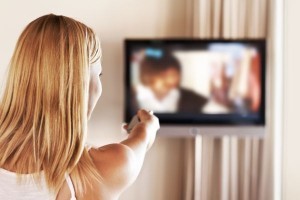 A new study finds that women opt for "condensed sporting events" like the Olympics over sports with longer seasons. ©Yuri Arcurs/shutterstock.com

(Relaxnews) – Women may love participating in sports, but they don’t really enjoy watching them on television, except when it comes to the Olympics, according to a new study.

A new joint study of married women conducted by Erin Whiteside of the University of Tennessee and Marie Hardin of Pennsylvania State University found that women opt for “condensed sporting events” like the Olympics over sports with longer seasons. Also, women prefer watching sports such as gymnastics, tennis, and figure skating, while showing less interest in sports such as women’s basketball, which the researchers suggest may challenge traditional gender roles.

The study, which examined data from 19 women aged 26 to 43, was published in the June issue of Communication, Culture & Critique.

“Our research provides some insight into why the Olympics remain popular with women,” said Hardin in a release dated July 6. “It’s also about the way in which the Olympics is delivered: in bite-sized chunks that may require just a 10-minute commitment to see an exciting sporting event, during a time of day when women feel they can make that commitment.”

The study also found that women differ from men in how they consume sports media, noting that their spectatorship is tied to domestic work, since women reported not having the time to watch television with child rearing and household chores.

Other reasons women tuned in? Patriotic ones, as well as for the fast pace of the events, and omnipresent media coverage, which makes it easy to follow certain sports whereas they otherwise might not have time, noted the researchers.

Also, the women reported watching television sports with their husbands just to keep the peace at home, rather than for their own enjoyment.

A related study also found that coverage of women’s sports on television in the US has rapidly evaporated over the past 20 years. According to the latest findings in a 20-year study of the subject for the University of Southern California Center for Feminist Research, airtime devoted to women athletes dropped from a high of 9 percent in 1999 to 1.6 percent in 2009.