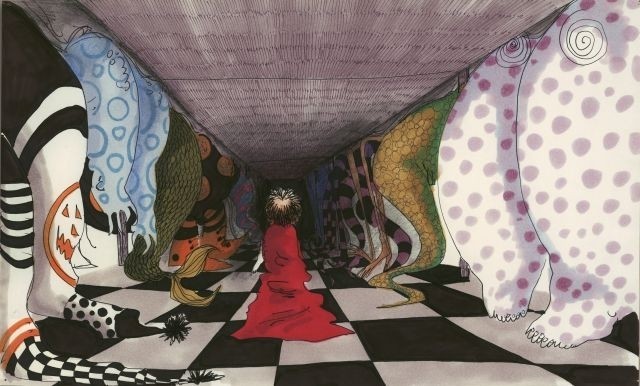 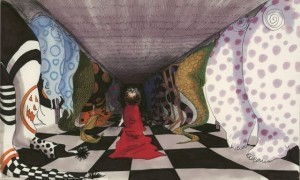 Untitled (Trick or Treat), 1980, part of the Paris exhibition of works by Tim Burton ©2011 Tim Burton

(Relaxnews) – On March 5, director Tim Burton gave a master class at the French Cinémathèque in Paris to coincide with an exhibition of his work. A video of the talk has since been posted online and is available to watch in its entirety.

After stops in Los Angeles, Melbourne and Toronto, the show titledTim Burton opened on March 7 in Paris, where it runs alongside a retrospective of his work. Included are 500 sketches as well as film clips, props, sculptures and photos.

In January Paris’s Cinémathèque hosted a master class with director Steven Spielberg, who told the audience about his career in film and the making of his most recent movie, War Horse; that talk can be viewed at http://www.artetv.

Scarlett Johansson courted for ‘Ghost in the Shell’