‘Walking Dead’ star to hunt a ghost with Nicolas Cage 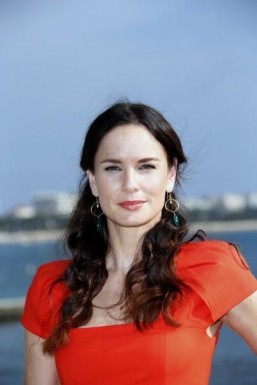 Sarah Wayne Callies is known for her roles on “Prison Break” and “The Walking Dead.”
©AFP PHOTO / VALERY HACHE

(Relaxnews) – Sarah Wayne Callies has joined the cast of “Pay the Ghost,” a thriller due to enter production next month.

At age 37, the actress is in the limelight more than ever before. After breaking through in her role as Sara Tancredi on “Prison Break” and later playing Lori Grimes on “The Walking Dead,” Sarah Wayne Callies is now in theaters in the natural disaster movie “Into the Storm.”

In “Pay the Ghost,” the actress will play the ex-wife of the protagonist played by Nicolas Cage. The former husband and wife reteam to rescue their son, who has been missing for a year, when they come to believe he is being held captive by a vengeful ghost known to kidnap children at Halloween.

Adapted from a short story by Tim Lebbon, the supernatural thriller will be directed by Uli Edel (“The Baader Meinhof Complex”) from a screenplay by Dan Kay. The project is slated to begin lensing next month in Toronto.

Nelson Mandela: his contributions to literature

Trailer: ‘X-Men: Days of Future Past’