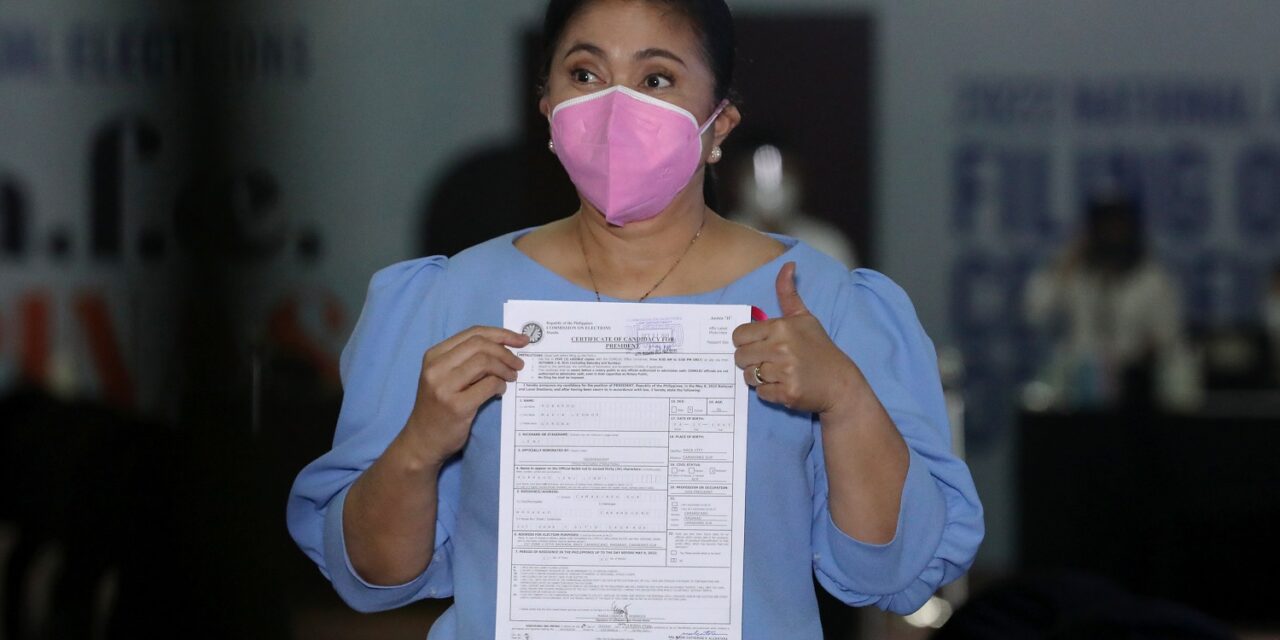 MANILA, Oct 7 (Mavbuhay) — Vice President Leni Robredo on Thursday finally announced she is running for president in the 2022 elections, ending months of anticipation.

“Lalaban ako, lalaban tayo. Inihahain ko ang aking sarili bilang kandidato sa pagka-pangulo sa halalan ng 2022 [I will fight, we will fight. I am offering myself as a candidate for president in next year’s elections],” she said in a speech.

Prior to her announcement of her candidacy, Robredo was endorsed by opposition coalition 1Sambayan, Akbayan party-list, and various other groups as their presidential candidate.

Robredo also criticized the current administration in her speech, saying lack of leadership is causing many of the country’s problems.

Before she was elected vice president in 2016, Robredo served as Camarines Sur representative.

The 2022 elections will mark the first time that Robredo, widow of the late Interior and Local Government Secretary Jesse Robredo, will be an opposition candidate.

The filing of candidacy started last October 1 and will end on October 8.  (MNS)

READ NEXT: Bongbong Marcos files COC for president in Eleksyon 2022 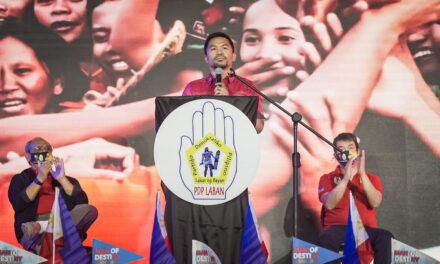