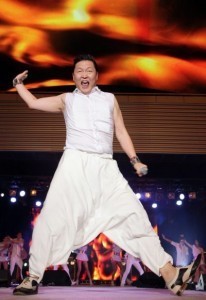 But Park, known as “Psy,” has succeeded where the industry-manufactured girl and boy bands have tried and failed, making a huge splash on the mainstream US music scene thanks to a viral video and a rare sense of irony.

Since being posted on YouTube in July, Psy’s video for “Gangnam Style” — the title song of his sixth album — has racked up more than 150 million views and spawned a host of admiring parodies.

The accompanying worldwide publicity has earned him a US contract with Justin Bieber’s management agency, a guest appearance at last week’s MTV awards in Los Angeles and a spot on NBC’s flagship “Today” show.

Earlier this week he was given the opportunity to school US pop diva Britney Spears on his increasingly famous signature dance moves on “The Ellen DeGeneres Show”.

The breakout success of “Gangnam Style” has been viewed with a mixture of pride and surprise in Psy’s home country, with industry analysts scrabbling to identify the magic ingredient that made it such a phenomenal success abroad.

The Gangnam of the title is Seoul’s wealthiest residential and shopping district, lined with luxury boutiques, top-end bars and restaurants frequented by celebrities and well-heeled, designer-clad socialites.

The video pokes fun at the district’s lifestyle, with Psy breezing through a world of speed boats, yoga classes and exclusive clubs — all the while performing an eccentric horse-riding dance accompanied by beautiful models.

Humour, especially satirical humour, is rare in the mainstream Korean music scene, and that coupled with the 34-year-old’s embrace of his anti-pop idol looks has helped set him apart.

According to Simon Stawski, the Canadian co-founder of the popular “Eat Your Kimchi” blog on K-pop and Korean culture, Psy is the “antithesis of K-pop” and its stable of preening, sexualised, fashion-conscious young stars.

“K-pop bands are exceptionally controlled by their management. Psy doesn’t buy into that at all, and that’s partly why he’s such a breath of fresh air,” Stawski told AFP.

“Above all, Psy doesn’t take himself seriously and uses irony and self-deprecation that are absent from K-pop,” he said.

This, Stawski adds, is what has allowed Psy to jump the English language barrier and find a wider audience for a song which, apart from its title, is almost entirely in Korean.

— “Someone people would want to party with” —

In South Korea, “Gangnam Style” has won Psy a new fan base by appealing to those for whom the sanitised image of K-pop bears little resemblance to their actual lives.

“His somewhat ‘normal’ appearance makes him feel familiar, and the comic dancing and wacky fashion style give off a friendly image, branding Psy as someone people would want to party with,” the daily Munhwa Ilbo commented.

Psy himself says he invites laughter, not ridicule.

“My motto is to be funny, but not stupid,” he said in an interview with the Yonhap news agency.

“I want everyone who sees my performance to feel the efforts I’ve made so far as a singer rather than a lucky guy who got here without anything,” he said.

A relative veteran after 11 years on the Korean music scene, Psy has always had a small but loyal fan base that has stuck with him through numerous ups and downs, including an early brush with the law for smoking marijuana.

In 2007, he was forced to serve a second period of compulsory military service after it was revealed that he had continued with his showbiz interests during his first two-year stint.

His overnight leap from relative obscurity to global sensation came as a personal, if welcome, shock.

“It’s all so surreal to me,” he told Yonhap. “I never thought such a day would come in my life as a singer.”

It remains to be seen if “Gangnam Style” will prove to be anything more than a one-hit wonder, but its success so far, especially in the United States, is likely to prompt a review of marketing strategies in the Korean music industry.

“It’s not going to be a revolution, but more of a baby-steps evolution,” said Esther Oh, online news editor at CJ Entertainment, the country’s largest media conglomerate.

“Psy has shown you can be successful as a human, regular guy with a touch of humour. Other artists and management companies are going to look at that and maybe rethink their own styles and strategies,” Oh said.

Trailer: Kevin Costner forced into action in ‘3 Days to Kill’ 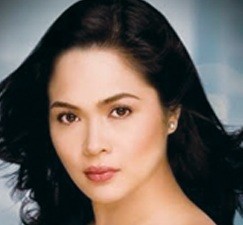 Juday’s new teleserye pushed back to next year