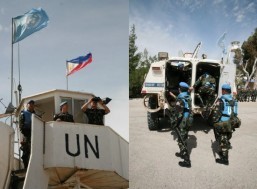 A contingent of Philippine soldiers – more than 70 strong – manned this UN post in Golan Heights before engaging Syrian rebels for seven hours on Saturday. Though surrounded and attacked with heavy artillery, the Filipino UN peacekeepers held their ground and were able to escape through the cover of darkness. Photos of Filipino UN peacekeepers in Golan Heighs by First Consul Elmer G. Cato/DFA.

GOLAN HEIGHTS (AFP) – Hundreds of UN troops withdrew from the Syrian to the Israeli-occupied sector of the Golan on Monday, an AFP correspondent said, two weeks after Al-Qaeda-linked rebels kidnapped dozens of peacekeepers.

They crossed in a UN convoy in the afternoon into the Israeli-occupied sector, the correspondent said.

The peacekeepers in the Golan Heights withdrew to the Israeli side after Syrian fighters advanced near their positions, a UN spokesman said.

UNDOF monitors a 1974 ceasefire between Israel and Syria on the Golan Heights.

In late August, rebels on the Syrian side including Al-Qaeda affiliate Al-Nusra Front seized the Quneitra crossing and kidnapped more than 40 Fijian UNDOF troops, before they were released two weeks later.

They also clashed with 75 Filipino members of the force, who eventually fled a nearby outpost.

Dujarric said the situation on the Syrian side of the Golan “has deteriorated severely” and that “armed groups have made advances in the area of UNDOF positions”.

Rebels including Al-Nusra have now taken control of most of the Syrian side of the plateau from forces loyal to President Bashar al-Assad, a Britain-based Syria monitoring group said on Saturday.

The fighting has driven thousands of Syrian families from their homes.

“Clashes between government forces and the armed opposition have intensified in recent days in Quneitra governorate—in Quneitra city in particular, where access to clean water, food, and health care is limited,” the International Committee of the Red Cross said in a statement.

The ICRC said it has provided emergency relief for more than 50,000 people, but warned the number of displaced people was “expected to grow”.

Israel seized 1,200 square kilometres (460 square miles) of the Golan during the Six-Day War of 1967, then annexed it in 1981 in a move never recognised by the international community.

Some 510 square kilometres of the Golan remain on the Syrian side of the ceasefire line, with UNDOF overseeing a buffer zone stretching some 70 kilometres from Lebanon in the north to Jordan in the south.

UNDOF’s mandate is renewed every six months, and currently runs until December 31.

Six countries contribute troops to the 1,200-strong UN force on the Golan: Fiji, India, Ireland, Nepal, the Netherlands and the Philippines.

Football: Qatar determined to take heat out of hosting 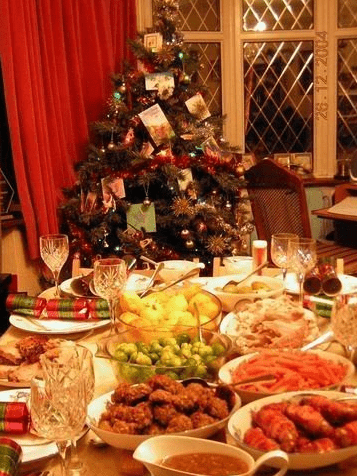 Michael Kors named Bing’s most searched for designer in 2014