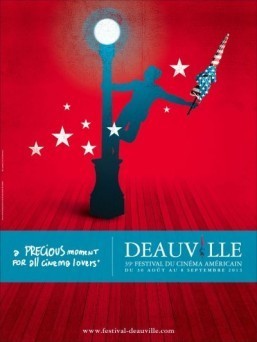 (CAEN, France / Calvados-AFP) – John Travolta, Nicolas Cage, Cate Blanchett and Michael Douglas are among the stars who will tread the red carpet at France’s 39th Deauville film festival, which kicks off Friday.

The northern seaside resort’s annual celebration of American films will open with the screening of Steven Soderbergh’s “Behind the Candelabra”, which stars Douglas as flamboyant entertainer Liberace, who died of AIDS in 1987.

In all, 14 films are vying for the festival’s Grand Prize, presided over by French actor Vincent Lindon, which will be announced on September 7.

The festival organisers say the films delve into “the roots of rural America looking for meaning to life.”

Among the movies are “Fruitvale Station” by director Ryan Coogler, which competed in the Cannes film festival after having won the grand prize at Sundance.

“All is Lost” starring Robert Redford will also compete.

Travolta will talk about “Killing Season”, which he stars in with Robert De Niro, while Blanchett will attend to promote “Blue Jasmine”, Woody Allen’s latest, in which she plays.

The festival will also screen a number of documentaries, such as “Dancing in Jaffa” about a project to bring Palestinian and Israeli children together to dance and overcome political and cultural differences.

“Inequality for All”, meanwhile, follows former US president Bill Clinton’s first labour secretary Robert Reich, who is convinced that a rising income gap in the United States is one of the most serious threats to the economy and democracy.

Bright colors set the tone at MakeUp in Paris