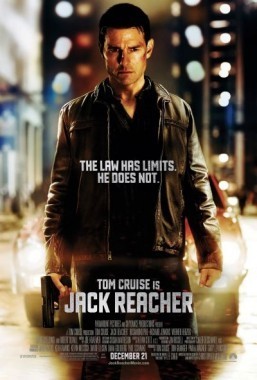 After shooting “Mission Impossible 5,” Tom Cruise will return to the role of Jack Reacher in a sequel to the 2012 movie.
©All Rights Reserved

(Relaxnews) – The 2012 movie will have a sequel, in which Tom Cruise will play the former military man once again, Deadline.com announces.

The sequel to “Jack Reacher” will be based on a different novel by Lee Child, the author who created the character in 1997, beginning a book series that now includes 18 volumes. Tom Cruise and Paramount Pictures have selected the collection’s most recent book, “Never Go Back,” published in the US last September.

In this latest installment in the Jack Reacher story, the character returns to his former military base in Virginia to meet Major Susan Turner. On site, he realizes not only that she has disappeared, but that he is faced with an onslaught of accusations.

Cruise has indicated his desire for Christopher McQuarrie to return to the director’s chair for the sequel, although nothing indicates yet whether he will accept the proposition. The filmmaker is already busy planning the fifth episode in another Paramount-Tom Cruise franchise, “Mission Impossible,” slated for release in December 2015.

Before returning to theaters as Jack Reacher or Ethan Hunt, the Hollywood actor will appear in “Edge of Tomorrow,” Doug Liman’s science-fiction film coming to cinemas in spring 2014.