The Oscars in 2017: Academy announces dates

The Academy of Motion Picture Arts and Sciences has revealed a slate of dates for the Oscars in 2017, with the 89th Academy Awards ceremony to take place on February 26th, 2017. 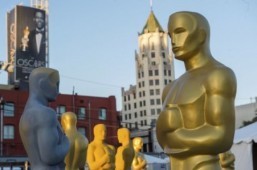 The lead up to the 2017 Oscars starts on November 12, 2016 with the Governors Awards — Spike Lee, Gena Rowlands, and Debbie Reynolds were honored at 2016’s event.

Nominations voting runs January 5 to January 13, with the resulting nominees then announced on January 24th and a special Oscar Nominees Luncheon set for February 6.

Finals voting begins on February 13, closing the following week on February 21, and with the Scientific and Technical Awards having been announced and distributed on February 11, the Academy Awards ceremony then takes place in the Dolby Theatre in Hollywood on February 26.

With the AMPAS having confirmed its 2016/17 awards schedule, other major events set for Hollywood’s annual awards season are now expected to follow suit.

Anne Curtis says no to wedding bells yet