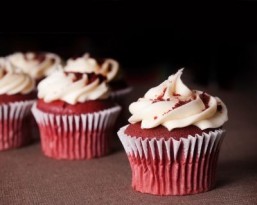 (Relaxnews) – Some simple, 30-second distraction tasks could help reduce cravings, even for your favorite foods, according to a new study.

Experimentation kicked off by inducing food cravings for one of each participant’s four favorite foods. They were asked to rate the craving’s intensity and the vividness of the image of that particular food in their mind.

The tasks included tapping the forehead, tapping the ear, toe tapping and staring at a blank wall, of which the latter served as the control task.

All four tasks — even the control — worked effectively to control cravings on the participants, whose average body mass index was 43.7, meaning that they were nearly 83 pounds overweight on average.

Yet tapping the forehead was most effective, blurring the mental image of the food and neutralizing the craving by up to 10 percent more than the other exercises.

“This reinforces the idea that it’s possible to distract ourselves from craving even our favorite foods no matter how much we weigh, and this could be used as a weight-loss strategy,” says Dr. Weil.

The study is being presented this week at The Obesity Society Annual Meeting in Boston.

Gluten-free could soon be entirely optional thanks to…worms?

2-M to lose jobs due to Obamacare: Congressional Budget office