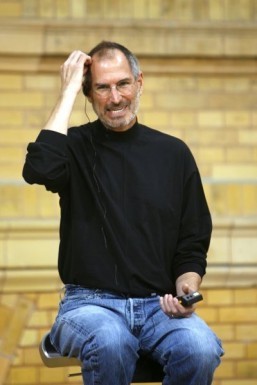 (Relaxnews) – The Aaron Sorkin-penned Steve Jobs biopic has been made available to other studios after Sony Pictures chose not to continue with the project, despite the involvement of several big names both behind the scenes and in front of the camera.

He reunited with Scott Rudin, who had acted as producer in bringing Sorkin’s 2010 Facebook profile, “The Social Network,” to screens, taking a $225m box office return on a $40m budget.

Sony had backed that production too, but now elects to leave the projects, with Deadline tipping Universal Pictures to make good on strong interest in the film.

Danny Boyle, director of “Slumdog Millionaire,” “Millions” and “Trainspotting” is understood to be maintaining his attachment to the project, while Michael Fassbender (“12 Years a Slave,” “X-Men: Days of Future Past”) is still in place in the lead role.