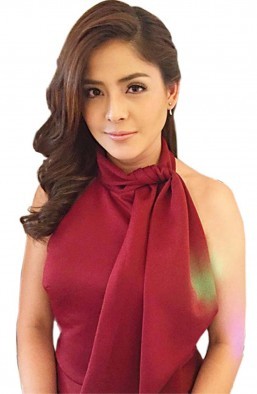 TV5 star Shaira Mae dela Cruz admits to have been surprised over TV5 management’s decision to break up her onscreen partnership with Mark Neumann.

Shaira and Mark have been working together constantly for some time now, starting with their appearance on the Filipino adaptation of theKorean series, “Baker King.”

In any case, Shaira is moving on. She hopes for Mark to continue finding success in his career.

“Happy naman ako for him,” she said.

Dubbed as TV5’s Kilig Prince and Princess, Shaira and Mark were discovered on the talent and reality show “Artista Academy” in 2012.

On the brighter side of things, Shaira is on cloud nine over her endorsement deal with Caronia nail polish.