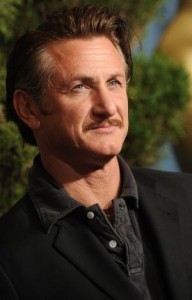 (Relaxnews) – Penn is reportedly interested in the lead role for action flick Prone Gunman, reveals The Hollywood Reporter. The movie will be based on the novel of the same name by French author Jean-Patrick Manchette.

The movie, produced by Joel Silver (Matrix, Sherlock Holmes), will revolve around assassin Martin Terrier’s retirement plans, which are threatened by a major obstacle: his employer is determined to keep him working or to get rid of him.

If the film is a hit, Prone Gunman could launch a new franchise, according to The Hollywood Reporter. The original novel was published in France in the early 1980s, and its plot resurfaced in 2010 when it was turned into a comic book.

What Duterte plans to give Leni

Diet to lower the risk of Alzheimer’s disease also ranked No. 1 easiest to follow in 2016

Superman, Batman to team up in new film