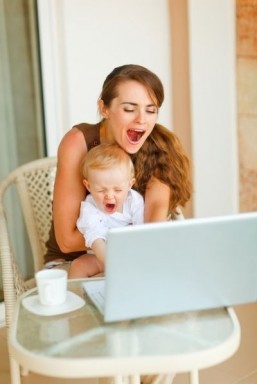 Research suggests that tots learn new words best from adults who share their language experience, regardless of how many languages they speak.
©Alliance/shutterstock.com

(Relaxnews) – At an age where learning similar-sounding words can be challenging, research says children learn best from people who share their linguistic experience, regardless of whether they are mono or multilingual.

Parents raising children to be multilingual often worry about whether the abundance and variety of language can hinder the learning process. But a new study published in the International Journal of Behavioural Development suggests that efficient language learning is just a question of being paired with the right teacher.

Having observed subtle differences between the ways in which monolingual and bilingual infants pick up similar sounding words, Christopher Fennell from the University of Ottawa and Krista Byers-Heinlein from Concordia University, both in Canada, based their study upon the various households in which their infant subjects were being raised.

The parents’ status as mono or multilingual was connected to the infants’ ability to learn.

Adults who grew up speaking more than one language possess a subtle accent in each. Often undetectable by other adults, this accent is more obvious to children.

To answer the question as to whether monolingual children learn best from monolingual parents and the same for bilinguals, Fennel and Byers-Heinlin worked with 61 monolingual anglophone and English-French bilingual 17-month-olds.

It is well known that tots learn words easily, although they often have trouble differentiating between similar-sounding words at this stage, regardless of their mono or multilingual status.

In the study, the children were taught two nonsense words by an adult whose language background matched or opposed their own, depending on the group in which they were placed.

The results of the two groups were compared and tests concluded that monolingual children learn words most efficiently from monolinguals and bilinguals learn best for bilinguals.

“We found that all infants, regardless of whether they are learning one or two languages, learn words best when listening to people who sound like their primary caregivers,” Fennell explains. “Monolingual infants succeeded with a monolingual speaker, bilingual infants with a bilingual speaker, but each group had difficulty with the opposite speaker.”

Earlier this year, Byers-Heinlin was involved in a study that suggests bilingual children prefer native speakers of their respective languages, viewing people who speak with accents as outsiders.

What cramming all night for an exam does to your body