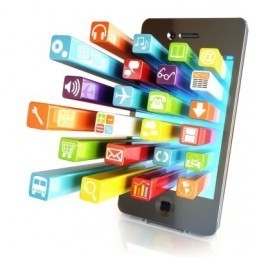 The first phones capable of projecting 3D images could be with us before the end of 2015.
©Digital Storm/Shutterstock.com

The breakthrough, by US company Ostendo Technologies, could also mean that there’ll be little if any need for virtual reality headsets either.

And that’s because it has managed to create life-size 3D renderings of everything from people to furniture using tiny projectors — they’re smaller than a tooth yet boast a resolution of 5,000dpi — managed by a specially developed chip.

All of which means that they can be integrated into a smartphone without having to make it bigger or more bulky.

Lots of tech firms have lots of “breakthroughs.” And while each new development is reported as “the next big thing”, the technology in question very often fails to make it to market or become part of our lives.

The Wall Street Journal, which first reported on the breakthrough and is one of the few publications to have seen a real-life demo of the projectors in action, also reports that Ostendo has already signed deals with phonemakers and that a version of the projector that offers 2D images will be potentially “in the hands of consumers” before next summer and that the 3D version will be following before the end of 2015.