Pia Wurtzbach believes Jeremy Jauncey is ‘the one’ 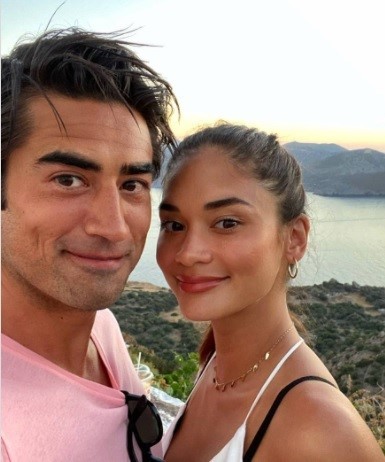 MANILA, Feb 8 (Mabuhay) — The queen of the Universe has finally found her king in Jeremy Jauncey, founder and CEO of the creative agency Beautiful Destinations.

In an interview, Pia Wurtzbach said she finds happiness in the simplest moments with Jauncey, even amid the challenges brought about by the pandemic.

She continued: “And I know what people see online and on the internet are all literally beautiful destinations, and like all these places. But really, our best moments are when we’re just with each other. And that could be in a park, that could be stuck in airport, like waiting for five hours or more. It doesn’t matter to us where we are, as long as we have each other. Wow!”

While Wurtzbach admitted that it was not love at first sight for her when she met Jauncey, their relationship ended up blossoming into something deeper and more beautiful.

Wurtzbach and Jauncey became a couple at the end of 2019, with the two publicly confirming their relationship in June 2020 by appearing on the cover of Tatler Philippines.

Aside from sharing a love for travel, both are also ambassadors of WWF or World Wide Fund for Nature. (MNS)

Villains and goblins steal the show from Mickey and Harry Potter

Olga Kurylenko signs up to ‘Salty’