MANILA, July 6 (Mabuhay) — The Philippines has not yet detected the Lambda strain of coronavirus that is being compared by experts to the Delta variant as far as transmissibility is concerned, a health official said Tuesday.

Undersecretary Maria Rosario Vergeire said the Department of Health (DOH) is already aware of the Lambda strain that was first detected in Peru in December 2020.

Citing the World Health Organization (WHO), Vergeire said Lambda is considered a “variant of interest.”

Vergeire said there are no studies yet showing that the Lambda variant, although believed to be as transmissible as the Delta and Alpha [UK] variants, can cause a more severe infection.

“So aantayin pa natin ang mga pag-aaral pa further ng WHO [We’ll wait for further studies by WHO],” she said.

Like in the case of the other variants, Vergeire said strict border control is needed to avoid the Lambda variant from entering the country.

So far, some 30 countries have reported cases of the new strain.

On Monday, the DOH said two more cases of the Delta variant were detected in the country, both from returning overseas Filipinos from Saudi Arabia.

These new cases raised the total Delta variant cases in the country to 19.

The health department said there are still no local infections of the Delta variant.

READ NEXT: Duque: No local cases of Delta COVID-19 variant in the Philippines yet

MALACAÑANG TO LISTEN TO FISHERMEN’S CONCERN OVER WPS ISSUE 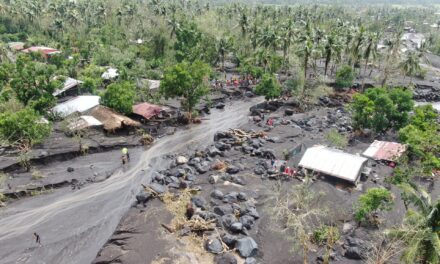 RISING COVID-19 CASES IN VISAYAS, MINDANAO DUE TO ‘MULTITUDE OF FACTORS’ — DOH