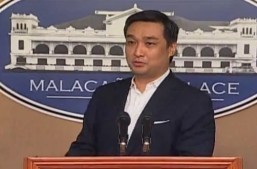 President Aquino, who is expected to arrive here Friday morning, is attending the closing plenary of the 22nd WEF East Asia Summit to personally invite the delegates of WEF to the Philippines next year.

“Many of the people who have come to Myanmar, including myself, are part of the committee that is going to organize our hosting of World Economic Forum and of APEC,” Presidential Communications Development and Strategic Planning Office Secretary Ramon Carandang said.

“So we hope to learn some lessons from the examples here from our counterparts,” Carandang said during an interview with the members of the Philippine media here.

While the Philippines has yet to finalize the venue for next year’s WEF East Asia Summit, Secretary Carandang said that Manila would be the “most convenient” venue for the said forum.

“We haven’t finalized the venue yet for next year. But logistically, it seems like Manila would be the easiest. Given the infrastructure that’s already there, given the number of hotel rooms, convention centers, Manila is logistically the best,” he said.