No season 8 for ‘Pretty Little Liars’, but a film could be on the cards, creator reveals 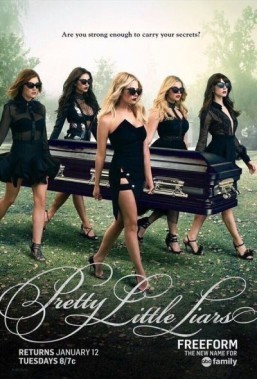 (Relaxnews) – “Pretty Little Liars” creator Marlene King has hinted that the sexy soap series will come to a halt after Season 7, although a follow-up movie hasn’t been ruled out yet.

The series is set to return to screens for the second half of its sixth season in 2016, but King said that the seventh season will likely be its last, once it wraps in 2017.

“I think that this story when we’re back will end next year at the end of Season 7,” King told Variety this week.

The news follows an earlier interview with Variety at the Television Critics Assn press tour this summer, where King teased that the future of “PLL” could continue on the silver screen: “I think we’ll let the fans tell us what they want. We’re open to that…I’m all for it. Yes, we’re in.”

However, despite King’s statement, ABC Family has not made any formal announcement to say that Season 7 will be the last.

US sees slight decline in obesity among poor children