MANILA, July 23 (Mabuhay) — Malacañang expressed confidence on Thursday that China is not conducting oil exploration within the Philippine waters.

This, after Filipino fishermen from Infanta, Pangasinan found an alleged oil exploration equipment with Chinese markings within the country’s exclusive economic zone (EEZ).

In an online press briefing, Presidential Spokesperson Harry Roque refused to make an “official reaction” to reports that are based on “speculation.”

“So for now, we’re confident na wala naman pong exploration na nagaganap diyan sa Scarborough (that there are no exploration activities being conducted within Scarborough),” Roque said, when sought for reaction.

The PDI said an OBS, a measuring device used to record acoustic and seismic events under deep bodies of water such as oceans and lakes, is widely used in oil exploration.

The device, which looks like a buoy, was found within the Philippines’ EEZ, some 129 nautical miles northwest of Infanta, Pangasinan on July 1.

According to reports, the fishermen from Pangasinan were convinced that the OBS could have been washed away from Scarborough Shoal, a triangle-shaped coral reef situated 124 nautical miles off Zambales.

The equipment was already sent to the Department of Science and Technology for an investigation.

No need for China’s explanation

Roque said the Philippines would not seek an explanation from China since maritime security forces have been conducting patrols in the Philippine waters to protect the country’s marine resources.

He, nevertheless, ensured that the government is currently looking into the possibility that a Chinese vessel is being used to drill oil in the Philippine waters.

Roque said appropriate actions will be done, once the results of the investigation are out.

“At kung meron naman po (If there is really an exploration activity), and if we can verify it, then we will file and do the corresponding actions,” he said.

The Philippines lost Scarborough Shoal to China after Beijing, in a controversial standoff in 2012, blocked Filipino fishermen from the shoal, prompting Manila to bring the case before the international arbitration.

On July 12, 2016, the Permanent Court of Arbitration (PCA) in The Hague, Netherlands ruled in favor of the Philippines’ petition, saying China has no legal basis to assert its supposedly historic rights over nearly the entire South China Sea, including WPS.

The PCA, however, did not rule on which country has sovereignty over Scarborough Shoal but called out China for violating Filipinos’ traditional fishing rights in the area.

In a pre-recorded Talk to the People on April 19, Duterte said he will send “gray ships” to the West Philippine Sea, if China starts drilling for oil in the disputed waters. (MNS) 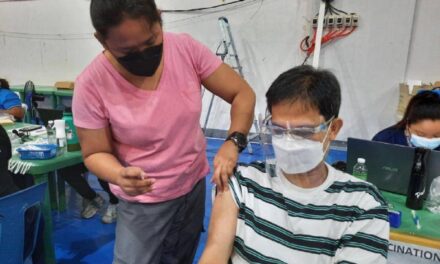 Attacks on Asians in US ‘deeply concerning’ — VP Robredo 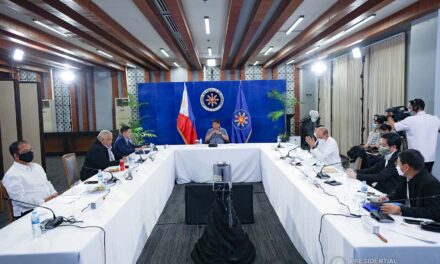