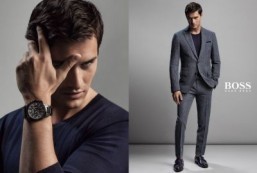 One of fashion’s biggest names, Kershaw took a lengthy break from walking in shows to focus on her acting career, but made her runway return in New York City at Boss this fall in New York City. Appearing with classical violinist Siem, the pair “were chosen for their attitude and character,” according to the brand. 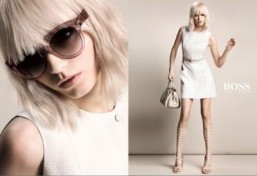 “It’s about the very essence of the woman and the man,” explained Wu. “Both Charlie and Abbey Lee have something more – something else. They are unique, and talented – but also a personality. With BOSS, that’s all important. Style comes from the attitude of the wearer.”

The campaign was photographed by Inez van Lamsweerde and Vinoodh Matadin, with styling by Joe McKenna and choreography by Stephen Galloway. Last season’s models were an equally multitalented pairing of model and equestrian Edie Campbell and actor Scott Eastwood (son of Clint).

Landmarks around the world to announce royal birth

Duterte tells communists: You have 2 choices