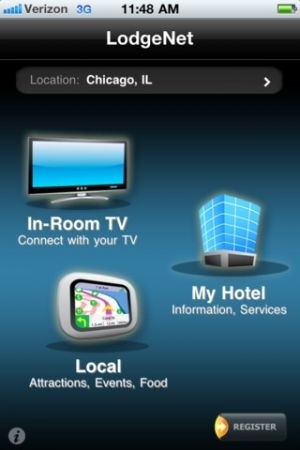 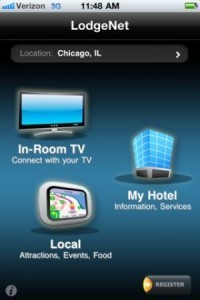 (Relaxnews) – TV remotes are reportedly among the dirtiest objects in the average hotel room — but now, hundreds of thousands of travelers will be able to watch television without even needing to touch one.

A new app produced by Lodgenet, the firm which provides in-room entertainment for thousands of hotels in the US and around the world, was released this week to provide guests more personal control of their in-room television.

The Android, iPhone and iPad app allows users to browse channels via their mobile device and change the in-room television channel wirelessly, without needing to scroll through all the channels on a set to get to where they want.

Users can also change the volume, turn the set on and off and access a program guide, likely to be most useful for Lodgenet’s pay-per-view movie services and TV shows on demand.

The app is also capable of offering local dining and entertainment options, and in the future could be integrated by hotel firms to offer the ability to order room service or spa reservation, much like the app offered by W Hotels.

Some of the brands already offering rooms able to use the app include Hilton, Starwood (including Sheraton, W Hotels and Westin), Marriott, Hyatt, Fairmont Hotels, InterContinental, Crowne Plaza and Holiday Inn.

Lodgenet estimates that the service can be used in over 500,000 guest rooms in the US, although details on an international rollout were not provided by the time of press.