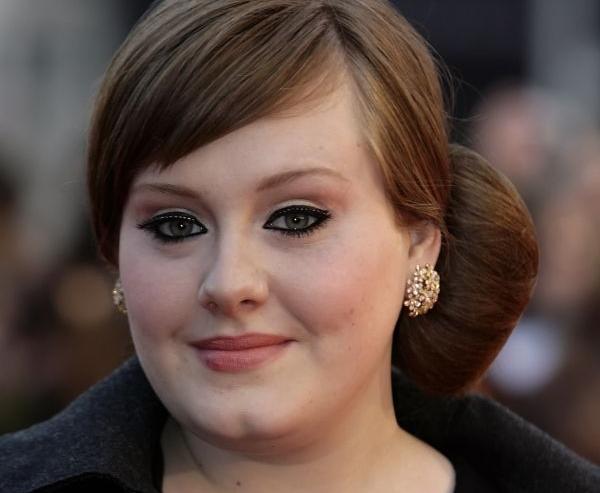 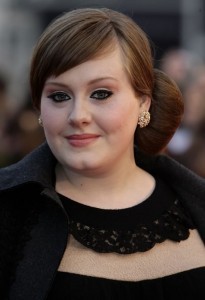 (Relaxnews) – Coming up, Adele takes the stage at this year’s Brit Awards in London, while Radiohead launches its world tour in Miami.

Following her performance at the Grammy Awards, British singer Adele is taking the stage in her post-surgery comeback at the 2012 Brit Awards ceremony to be held at London’s O2 Arena on February 21. Other performances on the live telecast set list include Noel Gallagher, Coldplay, Rihanna, Bruno Mars, and Ed Sheeran. The live show will air on ITV and be broadcast on TV and radio in more than 100 countries. Nominated for Album of the Year are Adele’s 21, Coldplay’s Mylo Xyloto, Ed Sheeran’s +, Florence + The Machine’s Ceremonials, and PJ Harvey’s Let England Shake. In addition to Adele, other female artists in the running for best solo performer are Florence + The Machine, Jessie J, Kate Bush, and Laura Marling. Top male solo artists earning nods are Ed Sheeran, James Blake, James Morrison, Noel Gallagher, and Professor Green. For a complete list of nominees, visit the Brit Awards official website.
http://www.brits.co.uk
Facebook Twitter YouTube

British rock band Radiohead will hit the road in 2012 in support of latest album The King of Limbs. The band will launch its first extensive tour since 2008 on February 27 in Miami, with dates running through April 21 at the Coachella music festival in Indio, California. On June 30, Radiohead heads to Rome, followed by eight more shows in Europe, including two nights in Berlin. The European tour wraps up on July 15 in Lisbon, and then the band heads to Taipei for one gig and Japan’s Fuji Rock Festival for two shows.
http://www.radiohead.com
Facebook Twitter

To mark the 50th anniversary of Amnesty International, the organization is bringing its famed UK fundraiser, The Secret Policeman’s Ball, to the US for the first time on March 4 at New York City’s Radio City Music Hall. The human rights organization benefit concert will feature Coldplay, Mumford and Sons, Russell Brand, Reggie Watts, and political comedians Jon Stewart and Stephen Colbert from the Comedy Central Network.
Facebook Twitter

American singer-songwriter Bruce Springsteen is releasing his 19th studio album,Wrecking Ball. The new album is set to feature Rage Against the Machine’s Tom Morello and Pearl Jam drummer Matt Chamberlain. The 20-time Grammy Award winner is also slated to be the keynote speaker at this year’s South by Southwest (SXSW) in Austin, Texas. His is also launching a major tour of the United States and Europe in Atlanta, Georgia, on March 18.
http://www.brucespringsteen.net/news/index.html
Facebook Twitter
26th SXSW Conference & Festival
March 9-18 (Music portion March 13-18)
Austin, Texas, US

This extravaganza combines music, film, and interactive technologies at a conference and trade show. By night the festival features 2,000 bands from around the world performing at venues across the city and anticipated film premieres. By day, workshops and panel discussions cover the business of music from publicity to recording. A must-do event for nonstop entertainment and information with industry players, fans, and artists.
http://www.sxsw.com
Facebook Twitter

The premier electronic music event features 2,000 artists and DJs every year with hundreds of events, club parties, and workshops. The annual gathering attracts 100,000 attendees and industry representatives from around the world for a DJ Spin-off, a Record Collectors Show, and the International Dance Music Awards. The Ultra Music Festival featuring electronic music happens in downtown Miami during the event.
http://wintermusicconference.com
Facebook Twitter

American pop star Madonna is releasing her 12th studio album, MDNA, via Interscope Records on March 26. Her world tour in support of the album launches May 29 in Tel Aviv, followed by 26 stops in European cities and 26 stops in North America. She is also heading to Australia and South America for the first time in 20 years. Those dates have yet to be announced.
http://www.madonna.com
Facebook YouTube

First launched in 1991 by Perry Farrell, lead singer of Jane’s Addiction, Lollapalooza is an iconic American festival with its roots in the alternative music scene. The event expanded to Chile in 2011 and moves into Brazil in 2012. While historically a vehicle for alternative bands, Lollapalooza has come to encompass a wide range of acts. These are urban festivals with no camping options, but the festival site does provide a list of hotels. Bjork, Foo Fighters, MGMT, Arctic Monkeys, and Skrillex are booked in Chile.
http://www.lollapalooza.com
Facebook Twitter

Trailer: Shailene Woodley overcomes illness in ‘The Fault in Our Stars’

Trailer: Bilbo faces off with Smaug in second ‘Hobbit 2’ trailer

Is Toyota’s Mirai the car of the future?