Milo Ventimiglia to play a serial killer on ‘Gotham’ 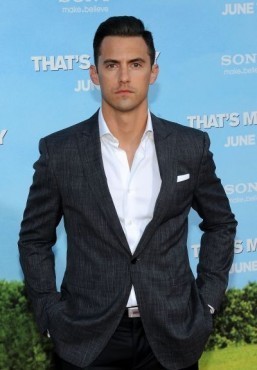 Milo Ventimiglia is also due to appear in “The Whispers,” a new ABC series produced by Steven Spielberg.
©AFP PHOTO/VALERIE MACON

(Relaxnews) – The “Heroes” alum has landed a recurring role on Fox’s Batman prequel series. Milo Ventimiglia will play a new antagonist to be introduced in the 19th episode of “Gotham,” which is slated to air this March.

Ventimiglia will play Jason Lennon, a serial killer who will be a thorn in the side of the young Gordon (Ben McKenzie), the protagonist of “Gotham.” The rich, handsome and seductive Lennon has been murdering young women in the city for close to a decade, all while supposedly searching for his ideal companion.

Milo Ventimiglia is best known to TV viewers for having played Peter Petrelli on “Heroes” from 2006 to 2010. The actor nonetheless declined to return to the role for the revival of the sci-fi drama, “Heroes Reborn,” which is due to air on NBC later this year.

TV tourism on the rise in New York

Mark enjoys being an unwed dad