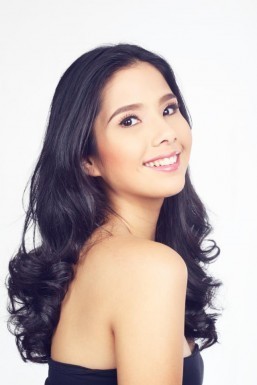 This was Maxene Magalona’s declaration when asked about her ties with GMA-7, her home station of over a decade, following her string of guest appearances on rival network ABS-CBN in recent weeks.

Referring to her guestings in various Kapamilya shows, Magalona said: “Sobrang happy! I mean, it’s a new environment. Sobrang, it’s refreshing. I’m just having so much fun. I’m so happy.”

Among the ABS-CBN-produced shows Magalona has appeared in since September are “It’s Showtime,” “The Singing Bee,” and “Kris TV.”

The 27-year-old actress, one of eight children of the late OPM icon Francis Magalona with wife Pia, has been identified with GMA-7 since 2001.

“As an artist, ‘di ba, gusto naman nating lahat na mag-grow tayo, you want to do more,” Magalona said, when asked what led to her decision to appear on ABS-CBN.

“I just decided since I’m already 27 — I’m not getting any younger – I just wanted a change of scene, a new environment, new people to work with. I just want to meet a lot of new people and do so much more. So iyon, something new lang.”

According to Magalona, her mother, who is also her manager, made it a point to discuss properly their plans for her career with GMA-7 management.

“My mom did everything the proper way talaga. Kumbaga, nagpaalam kami nang maayos. We did it the right way, the proper way. No bridges were burned. Walang masama na nangyari,” she said.

The actress added: “I’m so grateful to them, but now it’s time for me to move on and to grow and to experience new things. I’m doing this for myself. I’m doing this to be able to do what I really want with my life.”

Magalona clarified, however, that she has yet to officially sign up as a Kapamilya. “Not as of now! But I’m just so happy and just so thankful to ABS-CBN for opening their doors to me,” she said.

In a separate interview, Pia Magalona explained that Maxene is currently a freelance artist. “Kasi we’re more of free spirits. I think Maxene’s style was getting cramped. We don’t really know what’s going to happen. Nothing’s set in stone yet. She’s enjoying being free,” she said.

If given the chance, the younger Magalona said she would readily sign up as a talent of ABS-CBN, where she debuted as a child actress via “Ang TV” in 1994.

“As much as I am so grateful para sa kabila (GMA-7), for the work they have given me for so many years, right now I feel… I’m so thankful to ABS-CBN. If they give me a chance to be with them officially, I would be so happy to be a part of the Kapamilya network.”

Among her dream projects, Magalona said, is a drama series or fantaserye with fellow “Ang TV” alumni Angelica Panganiban and Patrick Garcia. For Magalona, working anew with her first TV co-stars would mean coming full circle.

MAFFAA’s Noli Me Tangere, The Opera at the Kennedy Center on August 8-9 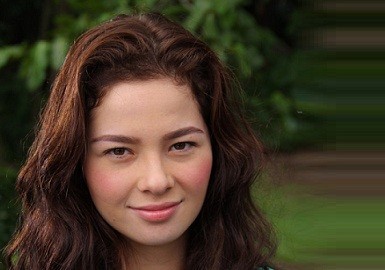