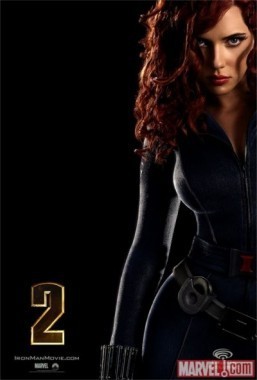 (Relaxnews) – If Victoria Alonso were in charge of Marvel’s announcement schedule, the studio would be talking about a female superhero film “today.”

Speaking at the Visual Effects Society Production Summit on October 18, executive producer Alonso was able to offer insight into working behind the scenes on Marvel’s latest crop of blockbusters.

Her appearance came at the end of a week in which Warner Bros had been able to set out ten years’ worth of film based on its DC Comics characters, including a “Wonder Woman” feature set for 2017.

“If it were up to me,” Alonso told Variety offstage, Marvel would announce a film centered around a female superhero “today.”

Speculation already surrounds the possibility of a feature film with Avengers character Black Widow, played by Scarlett Johansson. Though the actress gave birth to a daughter in September, it’s felt that her recent role in French-made movie “Lucy” shows she can lead an action film to box office success.

In addition, Elizabeth Olsen joins the Avengers franchise in May 2015’s “Age of Ultron” as new character Scarlet Witch, while Cobie Smulders returns, having played SHIELD operative Maria Hill in “The Avengers,” “Captain America: The Winter Soldier,” and TV spin-off “Agents of SHIELD.”

“It’s better when it’s 50-50,” she said during her VESPS keynote conversation.

“I have been with you beautiful, handsome, talented, creative men in dark rooms for two decades and I can tell you those rooms are better when there are a few of us in them.”

“So as you take this with you, please remember that it’s OK to allow the ladies in. They’re smart, they’re talented. They bring a balance that you need.”

Get Ghostbusting with Snapchat