Manga pirates to get own Tokyo exhibition 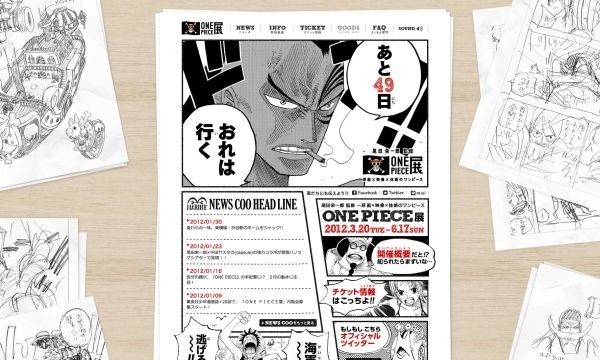 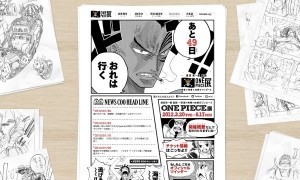 http://onepiece-ten.com The pirates of 'One Piece' have become iconic characters around the world and the manga series alone spans 64 volumes. ©All Rights Reserved

(TOKYO-Relaxnews) – The adventures of the One Piece manga and animated movie characters are to be displayed at an art exhibition in Tokyo set up by their original creator, Eiichiro Oda.

The pirates of the tale, which started out as a comic strip in the Shonen Jumpweekly comic in 1997, have become iconic characters around the world and the manga series alone spans 64 volumes. Some 250 million copies have been printed and yet more translated into foreign languages.

The Exhibition of One Piece – Pictures x Movies x Experience will feature original illustrations by the artists, large-scale models and a range of interactive attractions, the organizers said.

The show will be staged at the Mori Arts center, in the Roppongi Hills complex in central Tokyo, and will open on March 20. It is scheduled to run through June 17.

Organizers said the exhibition will give fans a chance to feel and experience the world of the long-running series, with the creator saying he wanted the storyline to get across the messages of adventure, friendship and bonding.

The tales follow Monkey D. Luffy and his pals of the Straw Hat Pirates as they set out on an adventure to track down a great treasure left by a legendary pirate named One Piece.

Luffy develops the ability to stretch like rubber after he eats the devil’s fruit of a gum-gum tree in one of the early episodes and meets unique friends on his travels, making good use of a pirate ship — the Thousand Sunny — complete with skull-and-crossbones motif.

Along the way, he is required to fight off powerful rivals before he can emerge as king of the pirates.
The exhibition will include around 100 illustrations hand-drawn by Oda, including a number prepared exclusively for the show.

Swing the Night Away with FASO on Oct. 18