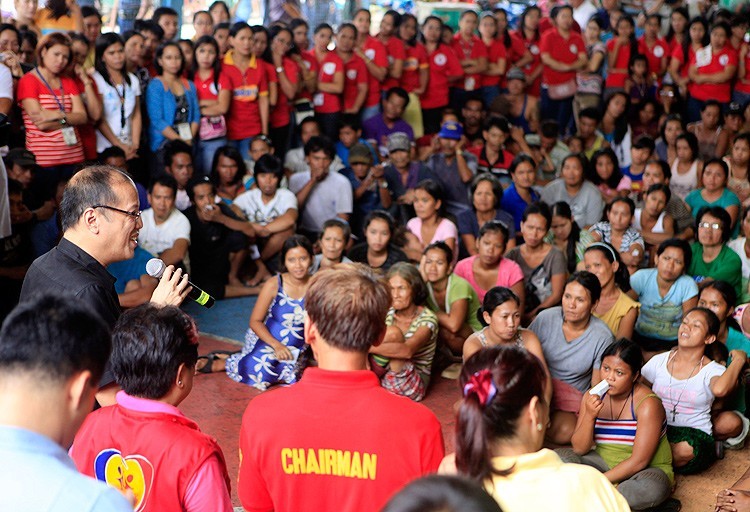 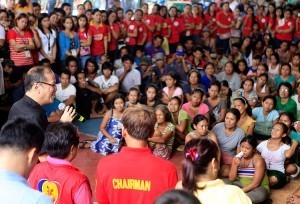 MANILA, Aug 4 (Mabuhay) – Malacañang on Friday issued an appeal to informal settlers still living in danger zones and areas that were already washed out by floods to heed government’s advice and allow themselves to be transferred to a safe compound for their safety.

President Benigno S. Aquino III has personally visited these families shortly upon arriving from Iriga City where he attended the wakes of Justice Vicente de Lima, the father of Secretary Leila de Lima and Private First Class Arwin Martirez of the Philippine Army who was one of the 10 soldiers killed in action in Sumisip, Basilan last July 26.

Deputy Presidential Spokesperson Abigail Valte during a press briefing said the government is hoping that families whose shanties were destroyed by floods will cooperate with the Department of Social Welfare and Development (DSWD) relocation plans for them.

The Palace official was referring to families currently seeking refuge in a covered court in Barangay 105 Vitas, Tondo, Manila after a couple of barges that were swept away by the storm surge which crashed into their shanties during the onslaught of typhoon ‘Gener’.

Valte, moreover, mentioned that the country’s experiences following this latest calamity should not just serve as a lesson to local chief executives but to everyone in general as we continue to learn how to adapt to the effects of climate change.

“Nakita po natin the amount of trash that washed up on Manila Bay…parang so far po yata 100 trucks na ang nahahakot ng MMDA (Metro Manila Development Authority) along Roxas Boulevard. This should serve as a lesson to all of us,” she said.

Quoting the Department of Social Welfare and Development (DSWD), Valte said a total of 110,633 families composed of 519,651 persons were affected by the storm from 771 barangays, 118 municipalities, and 21 cities of the 29 provinces in Metro Manila, the Cordillera Administrative Region (CAR), and Northern Mindanao.

Valte said the government has already provided a total of P7,230,430.75 worth of relief assistance to the affected families in CAR, NCR, and Regions I, II, III, IV-A, IV-B, V, VI, and X. On top of this, she said the DSWD still has a standby fund of P5.6-million and P37.35-million worth of relief supplies.

The Palace official also said the Department of Health (DOH) has likewise alerted all public hospitals on the potential rise in cases of leptospirosis given the prevalence of floods and told its doctors to immediately render medical assistance for those who may be afflicted with it.

She added that the DOH also assured the public that antibiotics and other medicines for common illnesses such as fever, cough, colds, flu, and diarrhea have already been prepositioned in all government hospitals in case it will be needed. (MNS)