Look to the stars: the top five tips for conquering Twitter 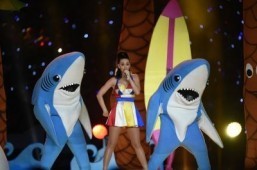 Singer Katy Perry
The singer is currently the most popular person on Twitter
©AFP PHOTO / TIMOTHY A. CLARY

(Relaxnews) – All it takes to break into the ranks of the social network’s most followed members is a good singing voice, fluent English or Spanish and a Los Angles home address.

According to Silk, the web platform for crunching and presenting data, the majority of the 10 most followed Twitter accounts belong to rock or pop stars.

Join a band
Katy Perry is currently top of the pile. She has over 67 million followers, which is nearly 6 million more than Justin Bieber who occupies second position. However, both have considerably more fans than the US president, Barack Obama who is languishing in third with 56.7 million followers despite being on the platform for much longer than either and who is, along with the official YouTube account, one of only two non-musicians in the top 9.

Live in LA
Just over half (581) of the top 1000 Twitter accounts specify a geographical location, and despite the fact that the service itself was created in San Francisco, a larger percentage of the top-1000 accounts list Istanbul, rather than SF as their location.

The most commonly listed location is Los Angeles, California, followed by New York city in second and London in third. Brazilian accounts come in fourth and the top five is rounded out by Mexico.

Tweet in English
The majority of the top-1000 Twitter accounts are based in English-speaking countries, but being able to speak Spanish or Portuguese could also help you break into the Twitter big time. The US is home to 260 or just over one quarter of the world’s most popular accounts, with the UK in second place (60) and India (24) in fourth.

However, with 45 accounts, Brazil is in third place. Mexico and Spain, both with 24 are tied in fifth place. To give those figures some sort of context, Canada can only boast three top-1000 accounts, that’s fewer than Saudi Arabia, France, Italy or Switzerland.

Ignore your followers
With 644,028 accounts that he follows, Barack Obama is not only very generous with his time, he is an exception to the prevailing trend of being followed by millions while following very few in return. Katy Perry is following just 164 other Twitter users and Taylor Swift in fourth place, just 185.

Keep them wanting more
Silk found that the most popular Twitter accounts tend to attract more followers during periods when there are fewer Tweets being posted. For example, Taylor Swift has managed to attract an average 710,452 followers per month while only Tweeting an average of 42 updates a month. Whereas Neymar Jr, the Brazilian soccer star, Tweets on average 692 times a month and has only managed to attract 298,630 followers a month since joining Twitter.

Asia rings in Year of the Horse with fireworks, festivities