Listen to the new song from ‘Frozen Fever’ 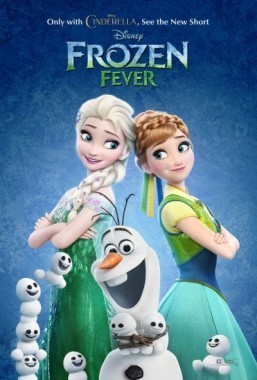 (Relaxnews) – Disney has released the new song that features in “Frozen Fever,” the digital short that hits theaters Friday alongside “Cinderella.”

“Making Today a Perfect Day” is sung by Idina Menzel and Kristen Bell, the voices behind Queen Elsa and Princess Anna and recounts how the sisters are trying to plan the perfect celebration for Anna despite Elsa’s sniffles.

“I don’t get colds. Besides, a cold never bothered me anyway,” sings Elsa.

“Frozen Fever” builds upon the box-office success of the 2013 feature film as a seven-minute digital short that will be shown before the live-action film Cinderella.

Listen to the song at http://bit.ly/1Fi4Bmx.