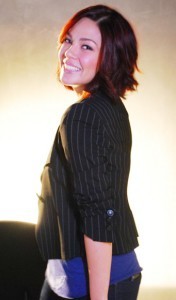 Actress-host KC Concepcion was all praises about her French suitor,Pierre Emmanuel Plassart.

Concepcion even hinted that God gave Plassart to her.

“Ang sabi po kasi nila, when you want to ask God for something, you pray about it and you be specific and you believe with all your heart as if binigay na Niya ‘yon sa iyo,” the young actress said.

The eldest daughter of actress Sharon Cuneta recalled that she “intensely” prayed for seven days straight last December or January, months after her controversial breakup with actor Piolo Pascual, which she also revealed on “The Buzz.”

She would then post these notes on her headboard until she had seven or eight Post-its pasted top of bed.

“My heart is at peace knowing that merong mga mabubuting lalaki talaga,” she added.

The Philippine Embassy is closed on Monday, 29 October 2012, due to Hurricane Sandy.