JJ Abrams to recreate the robots of ‘Westworld’ for HBO 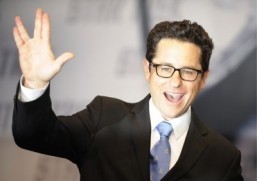 J.J. Abrams, who seems to have a predilection for robots this season, will provide an adaptation of Michael Crichton’s film “Westworld” for HBO.
©AFP PHOTO DDP/STEFFI LOOS

(Relaxnews) – The director of “Star Wars VII” is working on an adaptation of a 1973 science fiction film directed by Michael Crichton.

In his first collaboration with HBO, JJ Abrams will provide a modern take on Michael Crichton’s “Westworld.” The original film is set in a futuristic theme park, where a cast of androids allows visitors to take a virtual trip to the time and place of their choosing.

For two friends and businessmen who visit the park and travel to the Far West, a fun day out turns into a nightmare when a technical malfunction allows the machines to take control.

Written and directed by Michael Crichton, the 1973 film starred Yul Brynner, Richard Benjamin, James Brolin and Dick Van Patten. The upcoming adaptation will be written and created by Jonathan Nolan, who created the CBS series “Person of Interest” — produced by Abrams — and who wrote the screenplay for the last two Batman films directed by his brother, Christopher Nolan.

Abrams seems to have taken up a particular fascination with robots this season, having produced “Almost Human,” a series on a joint force of robots and police officers, which will air on FOX from November 5. In addition to new seasons of “Person of Interest” and “Revolution”, the former “Lost” producer will present “Believe” in 2014 on NBC.

TV audiences are familiar with the work of Michael Crichton, who created the long-running series “E.R.” The writer and director also penned the novel that inspired Steven Spielberg’s “Jurassic Park.”