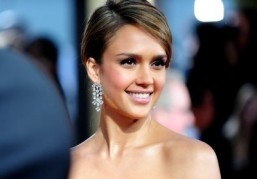 (Relaxnews) – Here’s the pitch: It’s a film about two TV stars that end up competing for the same film part and hating each other’s guts. Got it?

Based on the 2003 Japanese comedy “2LDK,” Jessica Alba will feature as one of two sitcom stars who, away from the set, are also best friends and roommates, noted the Hollywood Reporter.

But when they learn that they’re both in contention for the same prominent film role, things soon turn sour as they wait to find out who’s made the grade.

“The Wright Girls” is due to start filming by mid-2014 and will be Connolly and Alba’s second collaboration after “Dear Eleanor,” which is expected to release this year.

Will.i.am partners with Coca-Cola for 3D printer with a difference