Jasmine Curtis-Smith no time for romance 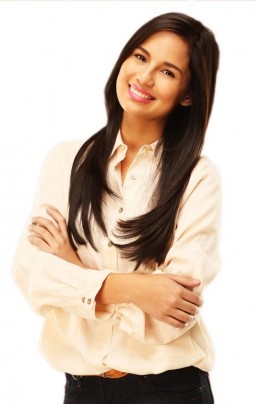 This was the short response of Jasmine Curtis-Smith when asked recently if she has moved on from his recent heartbreak with ex-boyfriend Sam Concepcion.

The “My Fair Lady” lead actress said she does not want to discuss the split-up but clarified that she remained friends with Concepcion.

Despite the heartbreak, Curtis-Smith said that she is not lacking in the ‘kilig’ department as work is a good substitute for it.

She also said that with the tight schedule she has now, it is difficult to find time for anything aside from work.

The actress said that if there’s one thing she has learned from her past relationship, it is that things will happen if it is meant to be.

She said she could allot time for romance if she knows that she has found the right person to compromise with.

“One of my friends told me is that how will you really know if you don’t take a leap of faith. Sometimes you have to accept things as they come along and see where it goes. Kung wala e di wala. If it grow into something beautiful, obviously it is meant to happen.”

“It’s not on my mind; it’s not something I think of. All I look forward to at work is when I get home, I get to rest. Hindi ako naghahanap ng oras for anything else but rest.”

Meanwhile, Curtis-Smith is grateful to be back on television via “My Fair Lady,” the remake of 2009 hit Korean series with the same title.

The actress said it’s good to be part of any story telling process while working opposite caliber names in the entertainment industry.

“It’s just nice to have people that you enjoy working with. Any job is a good job and it depends on how you see it.”