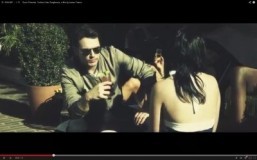 (Relaxnews) – The multitalented actor, director, writer and published poet has directed a new ad for the Italian luxury label, showing off the company’s latest sunglasses for Spring-Summer 2014.

The video, which was teased last week, was unveiled by Gucci Monday.

It’s not the first time the actor has linked up with the brand. Franco is currently the face of the Italian brand’s eyewear, produced by Safilo, and has also previously appeared in campaigns for Gucci’s men’s fragrances and the made-to-measure tailoring.

Titled “Techno Color Sunglasses,” the film stars the actor himself alongside stunning Italian model Natalia Bonifacci, and was shot at the legendary Chateau Marmont hotel in Los Angeles. The film shows Franco and Bonifacci canoodling in a series of luxuriously shot moments including a sunny swimming pool and ends with the couple disappearing in a retro sports car.

Check the film out: http://youtu.be/glGjB3nTmqw

‘Curb Your Enthusiasm’ to return for a ninth season