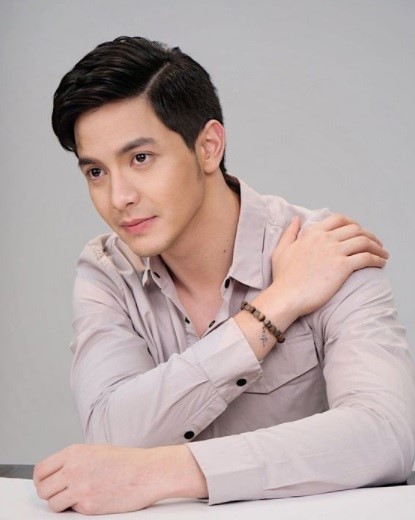 MANILA, Dec 28 (Mabuhay) — Alden Richards had a ready answer when asked which project of his he is most proud, after 10 years in showbiz.

“Hello, Love, Goodbye,” the actor responded when asked about his milestone of reaching a decade in the industry.

Richards, 28, also identified the OFW drama co-starring Kathryn Bernardo as the project he was “most excited” to do.

“That was my first with Star Cinema. Isa iyon sa best decisions that I made last year,” he said.

Quizzed on the role he considers the “toughest but best” one he has portrayed, Richards named Ethan, his character in “Hello, Love, Goodbye.”

“It was my first time to work with Direk Cathy [Garcia-Molina], and she’s a very talented, very hands-on director. I’m so happy that I was able to work with her. Sobrang dami kong natutunan,” he said.

He also identified “Hello, Love, Goodbye” as the project which he believes “resonated with fans the most,” alongside his time as a tandem with Maine Mendoza.

Released in 2019, the OFW drama was seen as a landmark project in local showbiz, as it brought together two big stars from competing networks, who are each identified with an established love team.

Aside from fetching acting nods for Richards and Bernardo, “Hello, Love, Goodbye” also remains the highest grossing Philippine film of all time, with global ticket sales of over P880 million.

“Hello, Love, Goodbye” will be available to more viewers online starting December 24, as it joins the content library of streaming giant Netflix.(MNS)