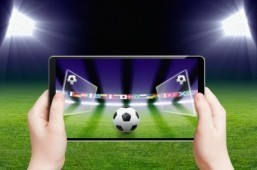 (Relaxnews) – For its annual Mobility Report published Wednesday, Ericsson has drilled down on data generated by sporting events to understand the role mobile is playing in fans’ lives. And the findings show that smartphones are becoming an integral element of the spectator experience.

This is particularly true of soccer. Based on network volumes, the 2014 FIFA World Cup was one of the year’s biggest single social media events generating some 26.7 teraBytes of texting, talking, social media posts and video shares over mobile networks. And that was simply among those spectators present at the stadia, not the billions watching at home.

The 75,000 fans attending the final generated 1.5TB of data traffic over those 90 minutes, while beyond the ground, social media records were broken — 618,000 tweets per minute were posted as a result of Germany’s victory and in total 280 million social media interactions were generated.

Following the match, Ericsson conducted interviews with over 600 spectators to understand how they used their devices during a game. The biggest single use was instant messaging (81%) followed by making or receiving a voice call (75%) but 66% had been on social media, 61% had sent or posted a still image online while one third said that they’d posted or sent a video during the game. One quarter of respondents had used their devices to research or find content related to the game and 18% said that they’d watched video content.

Watching or posting video is part of a much larger trend. According to the report, video is starting to dominate mobile networks globally, accounting for 45% of all traffic, and by 2020 video will be responsible for 60% of all mobile network traffic.

YouTube is currently the biggest single source of this traffic, accounting for 40-60% of all video traffic on networks. For some context, social networks currently account for 15% of global traffic.

Factors behind this growth include the number of video-capable devices available from hybrid computers, to tablets, phablets and of course smartphones. And the fact that video is becoming an integral part of a greater social web whole. Video is now a component of web-based news sites, as well as Twitter (Vine, Periscope), Instagram and Facebook plus the move to video advertising.

Using World Cup data plus more gathered from other major football matches, Ericsson has been able to create a ‘digital signature’ for the football supporter. They make phone calls 90 minutes before the game. Calls then give way to texting, which hits peaks during halftime, breaks in play and immediately after a goal. When a match ends, there are 45 minutes of peak call activity. 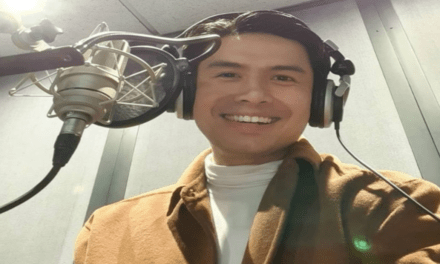 WHAT WAS CHRISTIAN BAUTISTA’S CHILDHOOD DREAM? HINT: IT’S NOT MUSIC