Helena Bonham Carter to watch over Cinderella for Disney 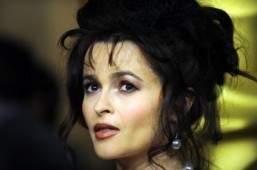 (Relaxnews) – The English actress will play the fairy godmother in the latest celluloid version of the popular fairy tale, reports The Hollywood Reporter.

Helena Bonham Carter will be joining the cast of this live-action remake by Kenneth Branagh. Tim Burton’s muse will play a beggarwoman who turns out to be Cinderella’s fairy godmother and puts an end to her torments.

The titular lead, which was turned down by Emma Watson, will be portrayed by Lily James of “Downton Abbey,” playing opposite Cate Blanchett as her wicked stepmother and Holliday Grainger and Sophie McShera as her horrid stepsisters.

Amid this female cast, Cinderella’s Prince Charming will take the shape of Scottish actor Richard Madden (“Game of Thrones”).

“Cinderella” is to be shot this fall in London.

Two meals a day may be best for Type 2 diabetics: study

Samsung smartwatch specifications and images leak ahead of Wednesday reveal