HEART EVANGELISTA SHARES WHY SHE DECIDED TO ‘FIGHT’ FOR CHIZ ESCUDERO 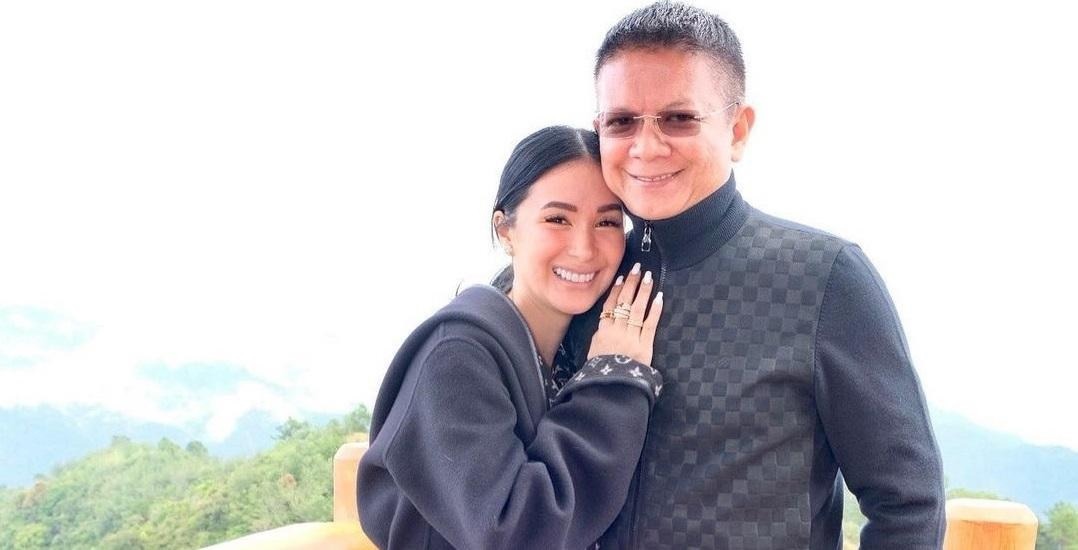 MANILA, Jan 11 (Mabuhay) — Heart Evangelista and Chiz Escudero are now happily married, but how did they get together in the first place?

In a TikTok video, Heart said that at first, she thought that they were just going to be friends even though she’d had a crush on Chiz since seeing him in a La Union beauty pageant in 2007.

“When he walked, his presence… then he spoke. So I got to know him,” Heart said, obviously kilig.

She added that she never forgot him, and was eventually officially introduced to him, thanks to the late Senator Miriam Defensor Santiago.

However, it wasn’t just Chiz that Miriam had introduced Heart to — in fact, there was a list of viable gentlemen, many of whom actually called Heart.

“I’m not going to say who called me, but a lot of them did. They are equally nice,” the actress said.

But it was Chiz that Heart really liked. At first, however, it seemed as if it wasn’t reciprocated.

“We spoke and spoke, we really got to know each other. And I thought that he was just going to be a friend,” she added.

She also said that the more she got to know Chiz, the more she realized that he was more than she imagined him to be.

“I just thought that he has this sort of gravitas. He was so dignified, and so calm…he was like an encyclopedia. He was nice, he was smart, he was so romantic, eventually,” she said.

“I met a lot of wonderful people, but I just met somebody greater than all of them and I felt that I think this time around I should fight for him,” she added.

READ NEXT: Dingdong Dantes plays twins in new ‘I Can See You’ episodes with Beauty Gonzalez

Teaser for ‘The Face of an Angel,’ inspired by Amanda Knox case