Haute Couture: the most anticipated shows 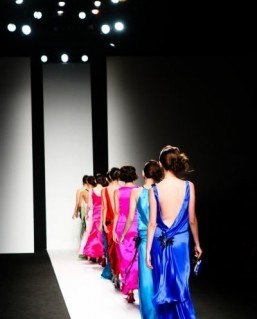 (Relaxnews) – Embroiderers, lace makers and other artisans are putting the final touches on the latest couture collections, which will debut in Paris from January 25 to 29. Over the course of these five days, style enthusiasts will turn their gaze upon the French capital, host of the only fashion week dedicated to haute couture. These four shows in particular are among the most anticipated in the world of exceptional fashion.

Alexandre Vauthier rises in the ranks

Listed in the haute couture week calendar as a “guest member” since 2011, Alexandre Vauthier was awarded the official couture designation by the Commission de Classement Couture Création last December. The designer has thus joined the very limited circle of permanent members of the Chambre Syndicale de la Haute Couture, which includes just 13 other fashion houses. So there should be plenty of attention on the French couturier’s next runway show, which will take place on January 27 in the capital. Last season, Vauthier delivered a chic and sensual silhouette with loads of prints and a few flashy colors (lemon yellow, among others). As for his new line, we already know that emeralds were a source of inspiration, and that several looks will be adorned with Swarovski crystals.

Last September, the great French couturier announced his retirement from men’s and women’s ready-to-wear to focus exclusively on haute couture. Needless to say, the fashion world is especially eager to discover his Spring-Summer 2015 collection. Each more original and offbeat than the last, Gaultier’s presentations are always something to look forward to. But this show will be especially exciting, since it’s just one of the two we’ll get to enjoy this year. The highly anticipated event will take place on January 28.

In November, the couture house announced the departure of Italian designer Marco Zanini, who had headed up the label for just one year. No successor has been named for the time being. On January 26, the couture house will present an haute couture collection designed by a studio team without the oversight of a creative leader. While style observers are looking forward to the presentation of these new designs, they are also eager to learn the name of Schiaparelli’s new creative director, as the announcement is expected to be made at the event.

It’s without a doubt the most anticipated runway show of the coming haute couture season, and for good reason. John Galliano presented his first collection for Maison Martin Margiela in a sneak preview to around 100 exclusive guests in London on January 12, during the British capital’s men’s fashion week. This means the MMM show has been removed from the official Parisian haute couture week schedule, though the collection will be presented upon appointment in the French capital over the five days.

Could a glass of New Zealand blackcurrant juice keep your brain healthy?