Grand Canyon could re-open as US eyes parks deal 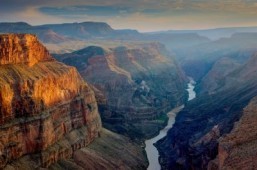 More than 400 federally-managed tourist sites ranging from California’s Yosemite National Park to the Statue of Liberty have been closed since the shutdown went force on October 1 but a deal could see landmarks like the Grand Canyon (pictured here) reopening.
©Doug Meek/shutterstock.com

(LOS ANGELES-AFP) – The US state of Utah began re-opening its national parks Friday after striking a deal with federal authorities, who are discussing similar agreements to re-open landmarks like the Grand Canyon.

At least three other states — including Arizona, home of the huge canyon — have reportedly contacted federal authorities about paying costs themselves during a partial government shutdown.

More than 400 federally-managed tourist sites ranging from California’s Yosemite National Park to the Statue of Liberty have been closed since the shutdown went force on October 1.

The shutdown is costing $152 million a day in lost travel-related activity, affecting up to 450,000 American workers, according to the US Travel Association.

“The deal was .. finalized this morning with National Parks signing for Utah’s parks to open,” said Nate McDonald.

“We expect all to be fully open by tomorrow morning. “So tell everyone .. to come to Utah. We are open.”

The Department of the Interior said the National Parks Service “is in the process of negotiating similar agreements with other states.”

Media reports identified them as Arizona, Colorado and South Dakota.

Under the Utah deal, the state will donate up to $1.7 million to keep its parks open for 10 days, until October 20.

In previous shutdowns such money has been reimbursed once the National Parks Service resumed operations.

“We want to re-open all of our national parks as quickly possible for everyone to enjoy and call on Congress to pass a clean continuing resolution to open the government,” Jewell said in a statement.

Republican US Senator John McCain hailed the possibility of a deal to re-open the Grand Canyon, visited by millions of tourists every year.

“The closure of Grand Canyon National Park has been an economic disaster for northern Arizona,” he said in a statement with fellow Arizona senator Jeff Flake, also a Republican.

“Over the past 10 days, the Grand Canyon has been effectively held hostage … Washington may have time to play this partisan game of chicken, but the people of Arizona do not,” he added. 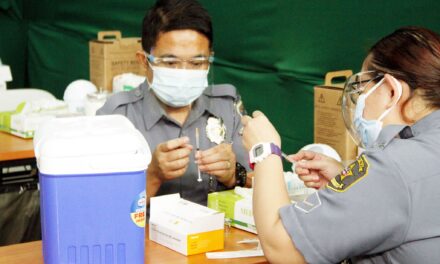