Gluten-free diet could improve symptoms of autism in children: study 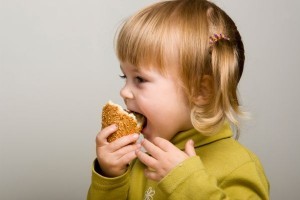 A new study suggests that a gluten-free diet could help children with autism. ©Dainis/shutterstock.com

The latest study, published in this month’s journal Nutritional Neuroscience, adds to an existing body of conflicting and contradictory research on whether or not diet can play a role in autism in children.

One prevailing school of thought is that children with ASD have a higher rate of gastrointestinal symptoms (GI) than the general pediatric population, leading some to believe that gluten — a protein found in wheat, barley and rye-based products —  triggers GI symptoms and behavioral problems.

For their study, researchers developed their conclusions from the survey responses of 387 parents of children with autism spectrum disorder (ASD). After analyzing the answers to 90 online survey questions that inquired after the kids’ GI symptoms, food allergies, suspected food sensitivities and their children’s degree of adherence to a gluten-free diet, researchers concluded that a gluten-free diet is more effective in improving ASD behavioral issues in children with GI symptoms and allergies, compared to children who didn’t have similar symptoms.

In particular, not only did gluten-free diets improve their kids’ GI symptoms — in the absence of stomach aggravation, parents noted that the diet also helped improve their children’s social behaviors like language, eye contact, engagement, attention span, and social responsiveness.

All of which leads the scientists to conclude that autism may be more than just a neurological disease, but also involve the GI tract and the immune system.

“There are strong connections between the immune system and the brain, which are mediated through multiple physiological symptoms,” said study co-author Laura Cousino Klein. “A majority of the pain receptors in the body are located in the gut, so by adhering to a gluten-free, casein-free diet, you’re reducing inflammation and discomfort that may alter brain processing, making the body more receptive to ASD therapies.”

The Penn State study, however, runs counter to a University of Rochester study which found the exact opposite: that eliminating gluten and casein from the diets of children with autism had no impact on behavior, sleep or bowel patterns.

And another Penn State study published last December also concluded that a gluten-free lifestyle has been shown to cause depression and disordered eating and eroded the quality of life in women.

One way to extend your life? Eat nuts: study