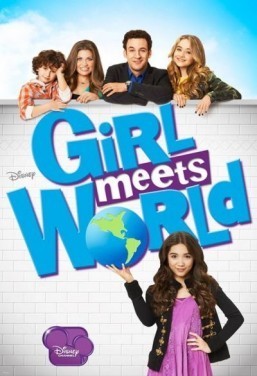 (Relaxnews) – Encouraged by the success of the spin-off show’s first season so far, Disney Channel is giving “Girl Meets World” a second round of episodes.

A follow up to the 1990s teen comedy “Boy Meets World,” the contemporary version follows Riley, the daughter of high school sweethearts Cory and Topanga, still played by Ben Savage and Danielle Fishel.

Rowan Blanchard plays the young teen protagonist of “Girl Meets World,” who — like her dad 20 years ago — is seen going through some of the ups and downs of adolescence.

Premiered in late June to 5 million viewers, the comedy has since attracted some 3 million fans per episode. The numbers convinced Disney Channel to order a second season, which will enter production in November and premiere sometime next year.

Jasmine Curtis-Smith no time for romance

Who is Myrtle Sarrosa’s new suitor?