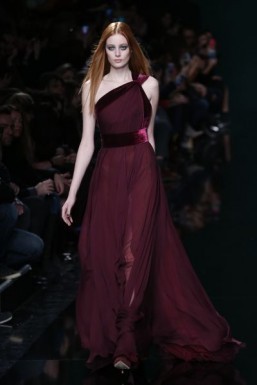 Wine was among the top colors on the FW14-15 runways.
©AFP PHOTO / FRANCOIS GUILLOT

(Relaxnews) – Unveiled last February, the Fall-Winter 2014-15 collections revealed color trends that will hit the streets over the coming months. As the weather cools off, we take a look at the must-have hues of this season’s wardrobe.

Dark greens, blues and reds The season’s palette consists mainly of darker tones. Along with classic black, hues of evergreen, wine red and navy were seen on the runways of Derek Lam and Elie Saab, just to name a few.

Olivier Rousteing made army green the dominant color in his line for Balmain, all the while livening things up with a few pieces in hot orange or yellow. The same goes for Dolce & Gabbana: the designer duo emphasized dark colors (brown, navy, dark green, eggplant) but also included a few touches of red and yellow.

White and ivory Other designers took things in a different direction, focusing on paler shades. The Barbara Bui and Chloé collections are among those that played up the wintry tones of white and ivory.

Pink It’s perhaps the most surprising color trend of this winter. Whether fuchsia (Dior), salmon (Carven) or pale peach (Sonia Rykiel), shades of pink will be worn in multiple ways this fall, adding a sweet note to the end-of-year season. 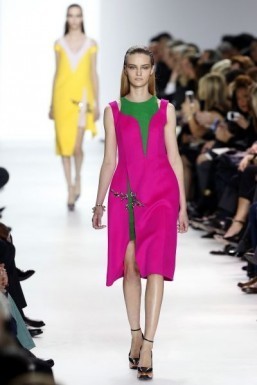 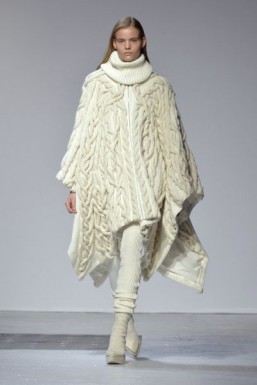 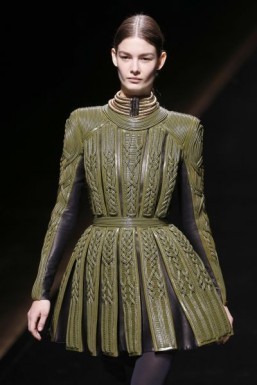 The Fundamentals of Sponsoring a Spouse