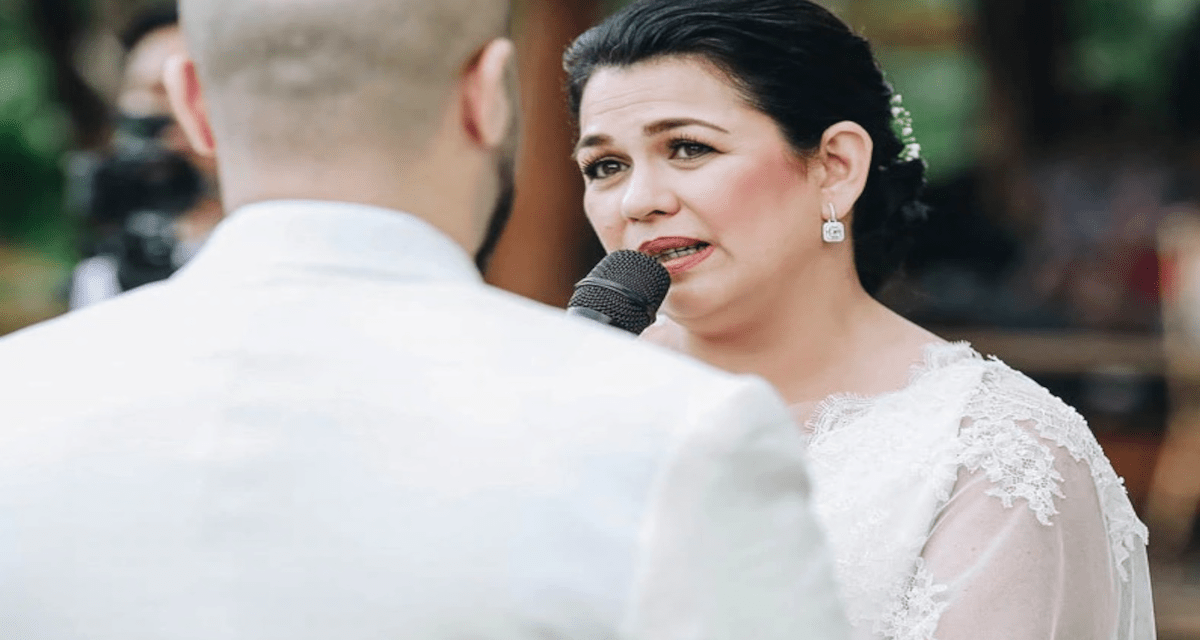 MANILA, June 29 (Mabuhay) — Screen veteran Lotlot de Leon, who was married anew in 2018 at age 47, believes that each person has one soulmate who will “come in God’s perfect time.”

De Leon spoke candidly about the topic Wednesday during the media launch of the upcoming WeTV series “Boyfriend No. 13,” about a woman who relies on astrology to find “the one.”

“I think there’s only one for each one of us,” de Leon said when asked about meeting one’s “soulmate,” given her recent personal milestone of getting married for a second time.

‘I was scared to fall in love again,’ Lotlot tells husband in tearful wedding vow

She was formerly married to fellow actor Ramon Christopher Gutierrez, with whom she has four children, including Kapamilya stars Janine and Diego.

De Leon emphasized the value of waiting, with a long enough timeline, to see whether one’s partner is indeed also the one for life.

“I think the best way to find out if that person is really for you, or you’re meant to be with each other, or siya talaga ang soulmate mo, kung maghihintay ka.

“If it’s a relationship for you, if you’re meant to be together, no matter how hard, kung may trials na dumating, kayo at kayo pa rin, and you’ll be able to work it out,” she explained.

Is zodiac compatibility important in a relationship? Stars of ‘Boyfriend No. 13’ weigh in

In the John Lapus-directed “Boyfriend No. 13,” de Leon portrays the mother of Kim (Sue Ramirez), who bases her life decisions, from career to romance, on astrology.

Also starring JC Santos and JC de Vera, “Boyfriend No. 13” is set to premiere on July 2 on WeTV Philippines. (MNS)

READ NEXT: WHY IÑIGO PASCUAL PREFERS TO STAY SINGLE AT THE MOMENT

‘Ant-Man,’ a super-hero who doesn’t take himself seriously

Stella McCartney teams up with Jaguar at Paris Fashion Week