By Nimfa U. Rueda

Officials of Cavite province are set for the celebration of the 118th anniversary of Philippine Independence on June 12, 2016 as shown by dozens of Philippine and Katipunan flags adorning the middle island of Aguinaldo Highway in Dasmarinas City. It was in Kawit, Cavite that the country’s independence from Spain was declared by Gen. Emilio Aguinaldo on June 12, 1898. (PNA photos by Gil S. Calinga)

Cheering crowds watched a marching band, local beauty queens on floats, community leaders in a convoy of cars, Harley-Davidson motorcycle riders in formation and dozens of participants who marched while waving Philippine flags.

A group of youths, dressed in Igorot costumes, danced in the streets.

“We want to show everyone that Filipino-Americans are united and have a great deal to contribute to the community, this city and the nation,” said Bernie Ganon, assistant executive director of the nonprofit Filipino-American Service Group, Inc. (FASGI), one of the event organizers.

More than 30 organizations participated, including the National Union of Journalists of the Philippines, USA Chapter, whose members paraded a banner with a message for President Elect Rodrigo Duterte: “Stop Media Killings.”

“It’s not just about celebrating Philippine independence, it’s about freedom – and reminding Filipinos to fight for real freedom in the homeland,” said another organizer, Arturo Garcia, national coordinator of Justice for Filipino American Veterans.

“It’s a very significant time to celebrate Independence Day since we have new leadership back home,” said Ganon, who is also president of Fil-am International. “I hope that the new leadership tries to become more inclusive and not foster partisan politics and regionalism.”

“I’ve been attending Independence Day parades and events here and in Carson for many years,” said Medina, a resident of Long Beach who hails from Hagonoy, Bulacan. “These events are important to me. They remind us to cherish our freedom. We have to be a good model for the next generation and show them that we continue to defend our freedom for their sake.”

Medina said she hoped the new Philippine leaders would steer the government in the right direction so the country could overcome its many challenges, including the exodus of talented and skilled Filipinos to other countries in search of greener pastures.

“it’s sad that we have a brain drain in the homeland,” she said. “For example, my three children – an engineer, a manager in the aerospace industry and a supervisor in the US Navy – excel in their fields and they have been contributing their skills to America when they could have been helping our home country instead.”

During the program following the parade, the crowd cheered when Los Angeles City Councilmember Mitch O’ Farrell announced that the council has approved funding for a 59-unit affordable housing for seniors on West Temple Street.

“It will be the first of many (affordable housing projects) right here,” said O’Farrell, who represents the 13th district, which includes Historic Filipinotown.

He added that they will continue to provide services for Fil-Am seniors in partnership with FASGI, under the leadership of Executive Director Yey Coronel.

Assemblymember Jimmy Gomez (51st district) reaffirmed his support for the Fil-Am community, saying that Filipinos and Latinos “share a common bond” and “have been on the trenches together.”

The parade has grown since its founding three years ago, and organizers anticipate an even bigger event next year.

The event was one of the many Independence Day celebrations scheduled this month.

The Philippine Independence Day Foundation Inc., in collaboration with the City of Carson, will host a day-long program on June 11 at the Veterans Park in Carson.

Among those attending the event are members of the Philippine Independence Coordinating Council of Southern California, which will not hold their Independence Day celebration this year, said its secretary general Darma Umayam.

Also on June 11, Kalayaan Incorporated will hold its 118th Anniversary of the Proclamation of Philippine Independence at the Concourse Hotel at Los Angeles International Airport.

The theme this year is: “Pagkakaisa, Pag-aambagan at Pagsulong” (“Unity, Collaboration and Progress”).  Weekend Balita and US Asian Post are platinum media sponsors.

Preparations for the gala dinner are in full swing and are shaping up to be a spectacular evening. The dinner show is directed by Ted Benito.

Before the event, there will be a free heart screening, made possible by the Philippine Nurses Association of Southern California, a proud partner of the Beauty  from Within Project.

The Los Angeles County Filipino-American Employees Association will also hold a dinner celebration at the Pasadena Hilton on June 11. 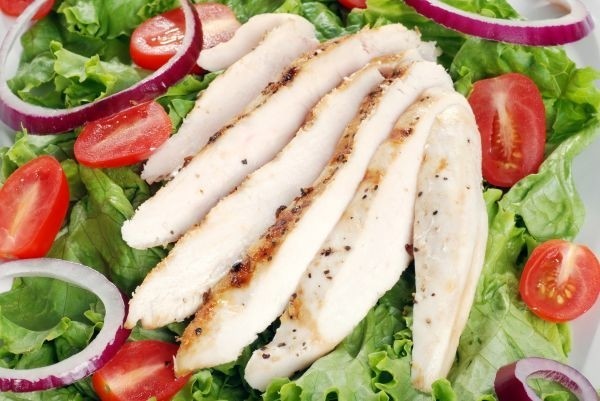 Consumers looking for more soup and salad options when dining out