The popularity of Over The Top (OTT) video is growing fast particularly in France and the UK. 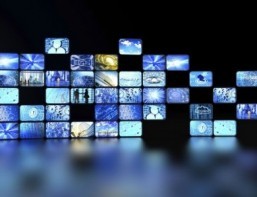 As the choice of streaming content increases, so do the number of subscribers in the US and across Europe.
© Warchi/Istock.com

According to new data released by Parks Associates on Tuesday, over half of UK and French (55% and 51%, respectively) broadband internet households are now turning to online channels for their TV and video fix.

Until now, it has been free services, provided by existing broadcasters, such as the BBC, that have been leading the charge, getting people to look to the web rather than the TV guide. However, the growing choice of exclusive programming from the likes of Netflix is starting to grab consumers’ attention and get them to consider subscription options, too.

“In many parts of Europe, pay-TV penetration is lower than the US, and European consumers have been reluctant to pay for video in the past due to so many ‘free’ options,” said Brett Sappington, Director of Research, Parks Associates. “But, as more pay options enter the market, with content unavailable anywhere else, they are slowly changing the culture of video viewing in Europe.”

As such, 30% of UK broadband households now subscribe to an OTT service, and although that figure is way behind the US, where 70% of homes are using OTT services and 64% of comparable households are subscribing to the likes of Netflix, Amazon Prime or HBO Go, it’s some way ahead of France where according to Parks Associates, only 17% of households currently pay to stream content.

“OTT is definitely gaining traction across Europe. We are seeing new OTT video services spring up but not as many as in North America,” Sappington said. “In the US and Canada, the quickly increasing volume of new options is driving high numbers of online viewing of TV and movies.”

The number of services springing up in North America is growing all the time and there are currently over 100 separate services each trying to attract viewers. Although this will eventually lead to consolidation, for the moment at least US consumers appear happy to pay for content from several providers.

“We saw a big increase in the number of households subscribing to multiple OTT video services in the US market at the end of 2015,” explained Sappington.

Brazuca: the celebrity football with over 1 million Twitter followers

Lily James is new face of My Burberry fragrances