Elon Musk: a man on a mission 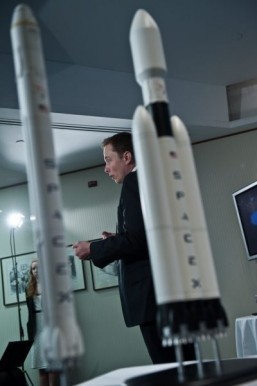 (Relaxnews) – Whether it be reaching for the stars or changing people’s attitudes to electric cars, in 2013 the South African-born serial entrepreneur and visionary showed he was doing more than anyone in Silicon Valley to demonstrate how technology can revolutionize the way we live our lives. No wonder people are calling him the next Steve Jobs.

Picking a fight with the automotive industry is not something to be taken lightly. Yet the continuing success of Tesla, a tiny company that has been in existence for less than 10 years, is already outperforming Porsche, Cadillac and BMW in its native California and with over 40,000 sales of its Model S Executive electric cars and counting.

What’s more, sales are no longer confined to North America. In 2013, the company and its cars crossed the Atlantic and are arriving in Europe. The first deliveries of to customers in Norway, Germany, Belgium, Denmark, Iceland, Luxembourg, the Netherlands, Spain and Switzerland began in August and a special right-hand-drive version for eager UK customers has just been announced.

The company has also pledged that by 2014 a pan-European Tesla supercharging network will be in place so that owners will be able to recharge their cars’ batteries free of charge during long journeys throughout the continent.

This is a massive cross-border, potentially hugely bureaucratic undertaking, yet if anyone can make it happen, one suspects Elon Musk can.

Charismatic, driven and extremely intelligent — he taught himself to code aged 12 and holds degrees in economics and physics — according to movie director Jon Favreau, Musk was the inspiration for Robert Downey Jr’s portrayal of Tony Stark in the “Iron Man” films.

But character traits and qualifications alone are not enough to force consumers to change existing habits — especially when it comes to something like buying a car — and especially when the Tesla alternative is born of a company that has only ever built two road-going vehicles. But Musk is on a mission, as he demonstrated this year. “Our goal when we created Tesla a decade ago was the same as it is today: to accelerate the advent of sustainable transport by bringing compelling mass market electric cars to market as soon as possible,” he says in his latest blog post.

And to do that, he’s even prepared to license and build his electric powertrains for other car companies, including Mercedes and Toyota. Anything that will raise the money needed for Tesla to roll out an affordable (i.e., $30,000) electric car that the average consumer can afford and, more importantly, will want to own.

According to Chris Anderson, erstwhile editor of Wired and current curator of TED conferences, Tesla has already cornered the market in desirability: “I think people who drive Teslas are getting religious in the same way that people got religious when they first used Macs, or experienced multi-touch. It’s going to change everything. He’s [Elon Musk] going to seduce us into an energy sustainable future.”

But this is what Musk does for a living. No one used or trusted the internet for making financial transactions until PayPal — a company he co-founded — came along. And, until Tesla redefined the concept, no one saw electric cars as exclusive, exciting or fun to drive.

And Musk’s ambitions don’t stop with electric vehicles or even with this particular planet. When he sold PayPal to eBay, he used the proceeds to start Space X, a company that builds rockets and currently has several NASA contracts for transporting supplies and equipment to the international Space Station. In 2009 it became the first privately funded company to put a satellite in Earth orbit. But the upper atmosphere is not enough and Musk has his sights set on Mars.

Then there’s his solar energy business, SolarCity, which is aimed at halting global warming through easier access to solar cells and his current sci-fi scheme, the Hyperloop, a sub-sonic public transport system unveiled this past August that would enable commuters to travel between Greater Los Angeles area and the San Francisco Bay Area (a distance of 350 miles or 560 km) in less than 40 minutes. Estimated to cost some $6 billion to go from an incredible idea to an equally incredible reality, Musk has offered to make the project ‘open source’ so that anyone could conceivably adapt and modify — just like computer code.

Such boundless business energy and technological enthusiasm, coupled with an impressive success rate, no matter what the challenge, has led Fortune to declare Musk its businessperson of 2013 but also, via an accompanying profile piece, to compare him to Steve Jobs. “When you look at the incredible range of his endeavors and search for recent comparisons in the business world, only one emerges: Steve Jobs. Most business innovations involve only incremental improvement. And of those entrepreneurs lucky enough to succeed with bigger ideas, the large majority then stick to their industry sector for expansion and consolidation. Jobs and Musk are in a category all their own.”

So what’s next for Musk? Potentially building a submersible car that performs as well under the water as it does on land. Musk recently confirmed that his was the winning bid for the James Bond submarine car from the 1977 film, “The Spy Who Loved Me.” In a statement issued to Jalopnik in October, he said: “It was amazing as a little kid in South Africa to watch James Bond in ‘The Spy Who Loved Me’ drive his Lotus Esprit off a pier, press a button and have it transform into a submarine underwater. I was disappointed to learn that it can’t actually transform. What I’m going to do is upgrade it with a Tesla electric powertrain and try to make it transform for real.” 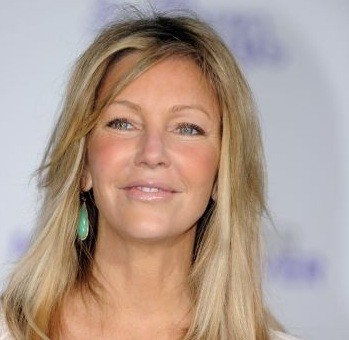